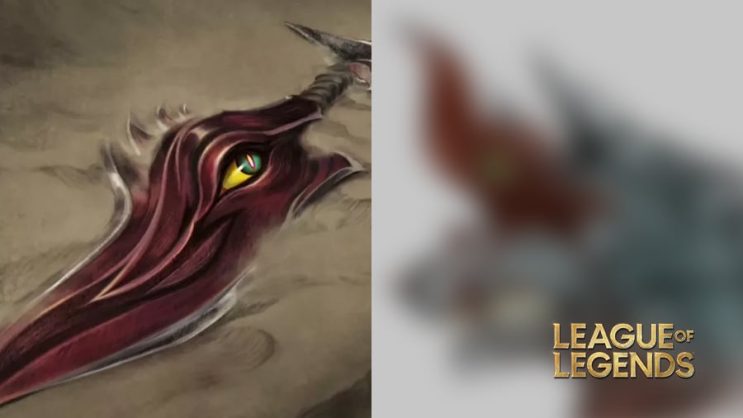 More leaks of a new character in League of Legends. This time it’s about a female darkin.

Not a week has passed, and more things have leaked from League of Legends regarding upcoming characters. Last time it was a fire healer, and this time it’s about the long-announced representative of the darkin race.

The leaks show not only a rough appearance but also suggest how her skills will work. According to them, Riot wants to introduce executions on basic skills and more.

READ MORE
Hecarim scored a strong power drop in the latest LoL patch. You can see it at a glance

Riot Games has been announcing a new female darkin and a non-humanoid character for several months. At first, it was to be released at the end of this year, but the release was postponed. Now it is known that it will see the light of day after the “fire healer”, which should hit the official servers as early as the first quarter of 2023.

What is known about the new darkin? There is a lot of information, but it is worth remembering that these are only leaks and may not be confirmed. Even if they come from a verified person. At first, it is worth starting with the appearance. BigBadBear says that, according to leaked information, it is supposed to be a dog, and finds confirmation in videos from Riot, in which the creators refer to barking and throwing bones. 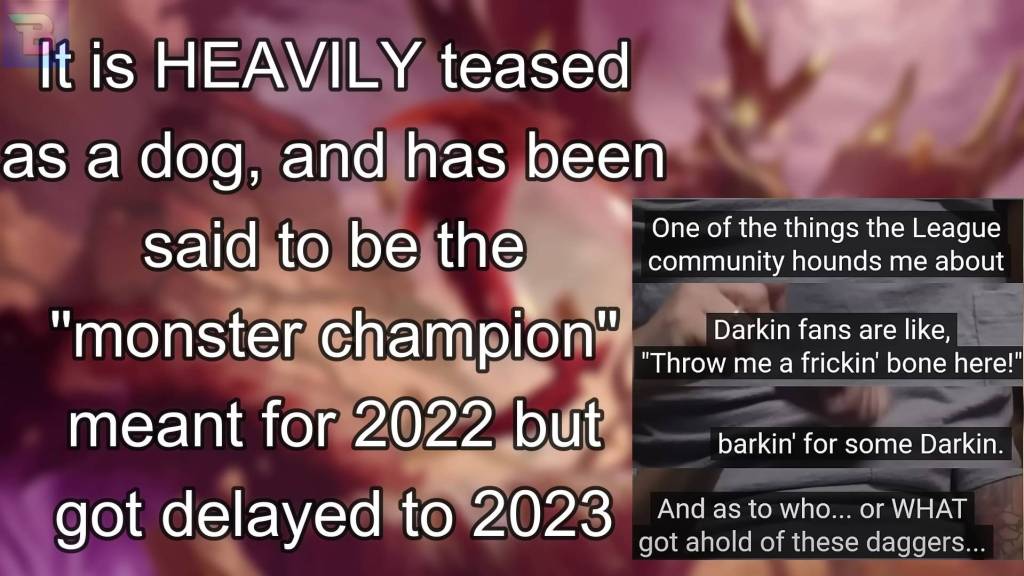 Based on the leaks, several likely versions have been visualized. Some of them are really interesting – such as the blade hidden in the head. 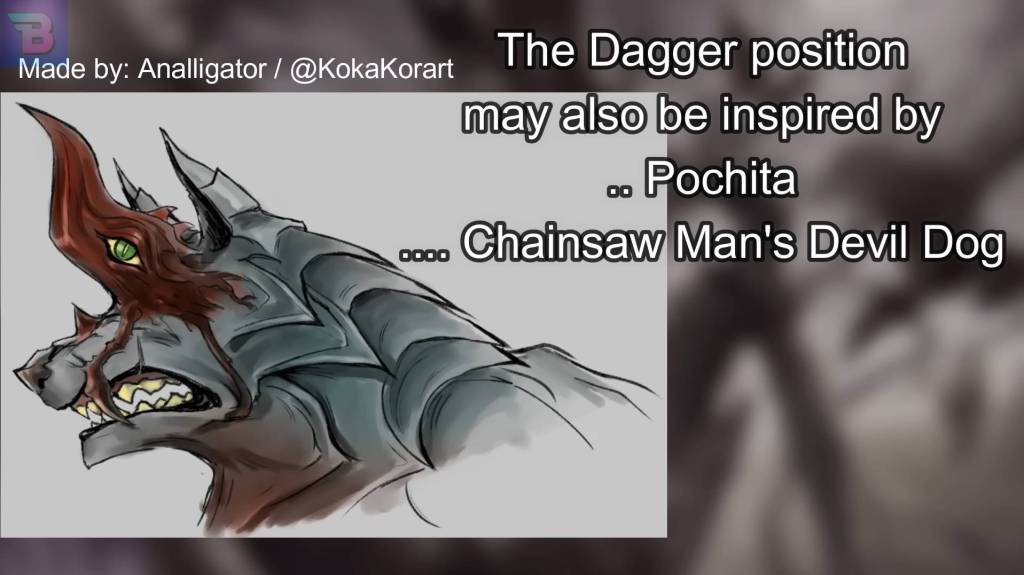 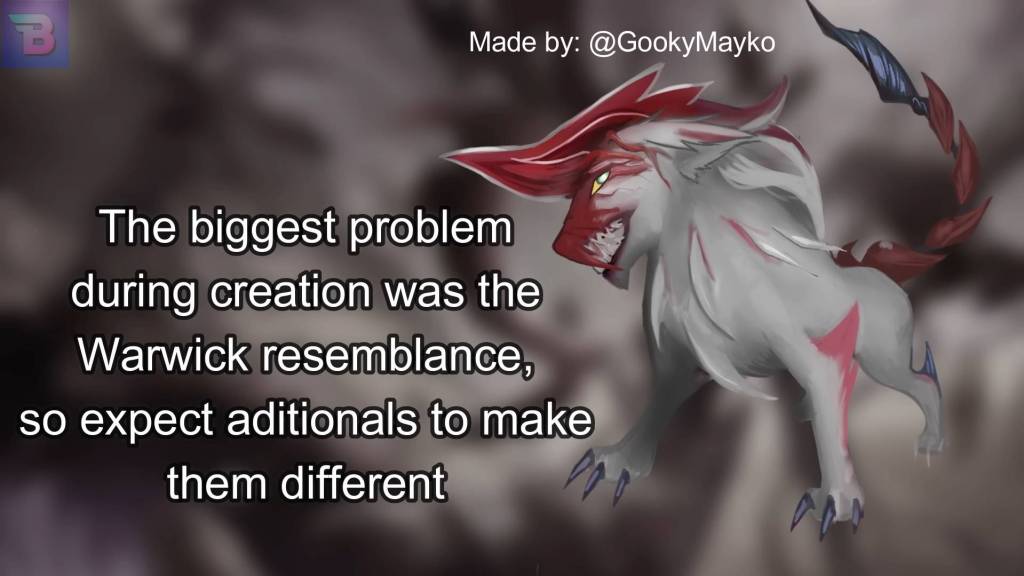 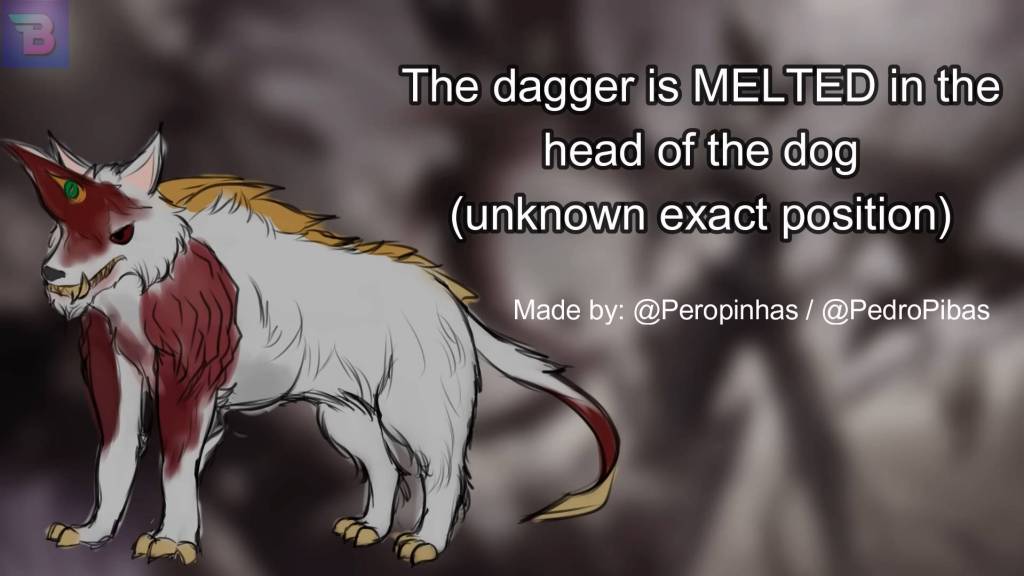 Problems have arisen in creating a dog-like character. It cannot resemble another dog-like character, namely Warwick. BBB suggests that problems with clarity and gameplay were the reason for the postponement of the release. Speaking of gameplay, he also revealed information on skills. He claims that, although suspicious, skills may include:

What is her intended use? She’s supposed to be a middle-lane AD Assassin with little scaling under AP (similar to Varus), but with a better-performing AD form, though that will probably depend on the meta and changes made by Riot after release.