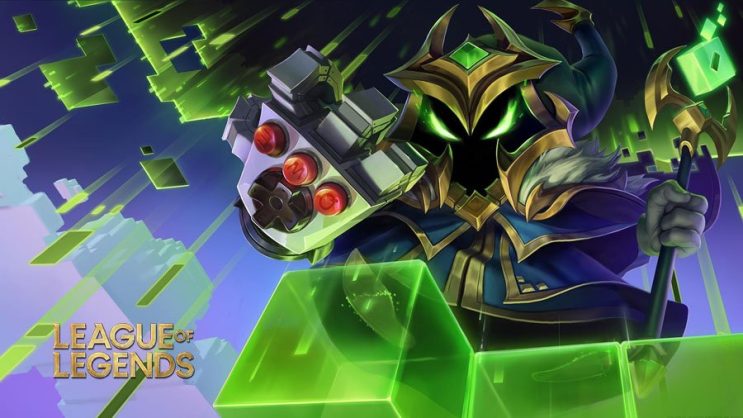 The community is surprised that the new chroma for the old Veigar skin costs so much.

Final Boss Veigar is one of the most extensive skins in terms of references and curiosities in the entire League of Legends. This skin refers to well-known titles, both when it comes to computer games and popular videos on the Internet. Some say that due to the huge number of easter eggs, the skin is one of the most interesting in the entire League of Legends, and it’s been almost 8 years since its release.

Riot has decided to release a new chroma for this skin, which can be unlocked for Mythic Essence. This is not particularly surprising, if not for the fact that its price is a bit overwhelming. Why?

READ MORE
Riot is taking a look at the colours of Ashen Knight skins from League of Legends. What can players expect?

Final Boss Veigar and its chroma

New content appeared on the PBE, related to Snow Moon skins and more. Among the cosmetics, you can find various chromas, skins, and icons (see:Chromas, emotes and icons for the latest Snow Moon skins from League of Legends and more).

The chroma for the aforementioned Final Boss Veigar has attracted a lot of attention, because it will cost 40 Mythic Essence. It looks like this: 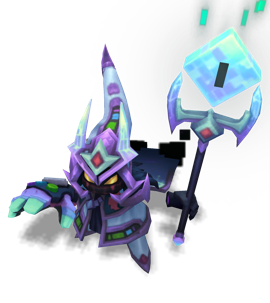 Players decided to calculate how much it would cost if it were available for RP.

It was assumed that since Riot reduced the content of Prime Gaming capsules by 300 RP, and instead added 5 Mythic Essence, the conversion factor of 5 ME = 300 RP can be considered. 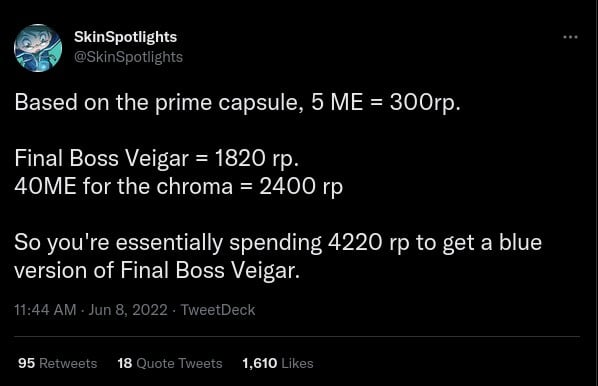 According to some League of Legends fans, this is definitely a big exaggeration, especially because it concerns a new color for the skin that is almost 8 years old.