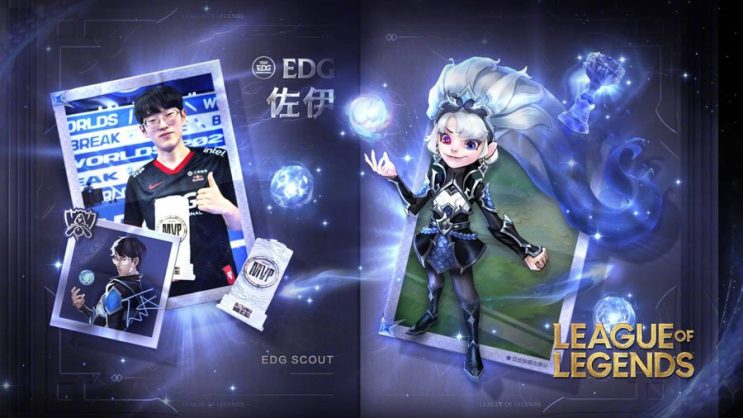 Additional content has been added to the Chinese server that is related to the Edward Gaming team.

As is well known, in Asian countries, esports is a truly essential part of the League of Legends fandom (and beyond). Probably most people have heard about how important of a person Faker is – he was invited, inter alia, for an interview in the Presidential Palace. In Korea, the professional esports scene is taken really seriously, and for many people, games are no longer just simple entertainment to kill time.

It is no different in China. It is not hard to guess that the joy after Edward Gaming’s victory at the League of Legends World Cup was overwhelming. Players and their fans are proud of this achievement and will remember for years to come that special moment of taking the Worlds Cup.

Team skins were recently announced for members of the winning team. The pros chose the following champions: Aphelios, Graves, Viego, Yuumi, and Zoe.

While on servers outside of China, the announcement of new skins was rather modest – a link on the customer’s home page appears, which takes you to the store – so in the home of the winners, it was decided to celebrate it in a unique way.

Celebration of the latest EDG skins in LoL

There is something called “The Magic Book of Yuumi” on the Chinese League of Legends server. Graphics and information about the latest team skins can be seen on its pages. This is how the victory of the Chinese team Edward Gaming is celebrated. 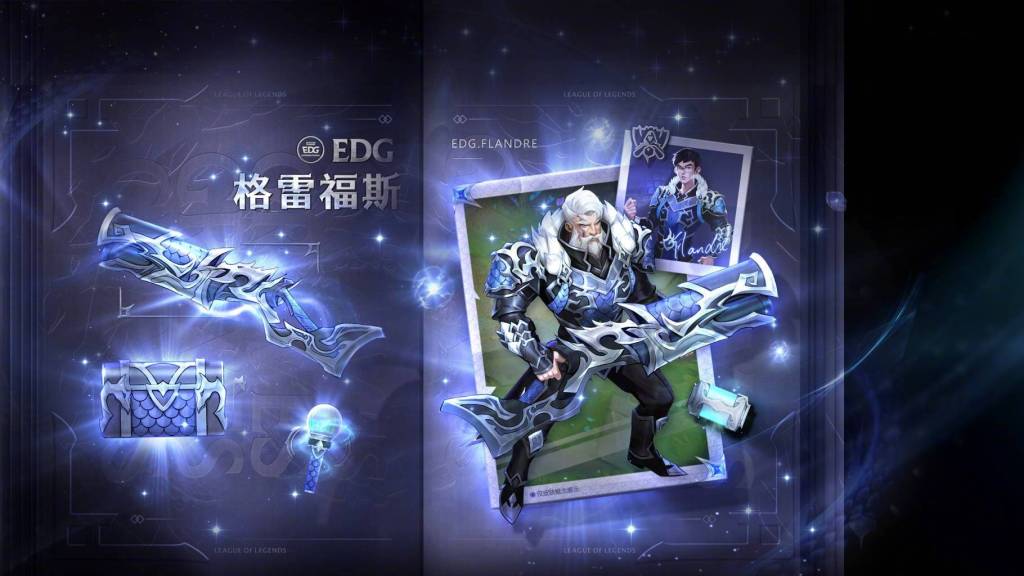 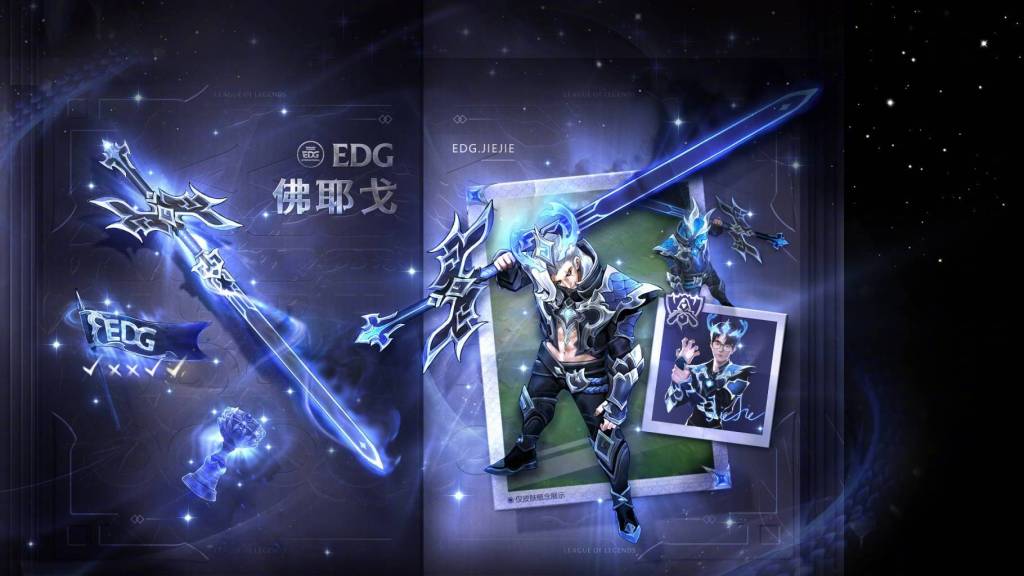 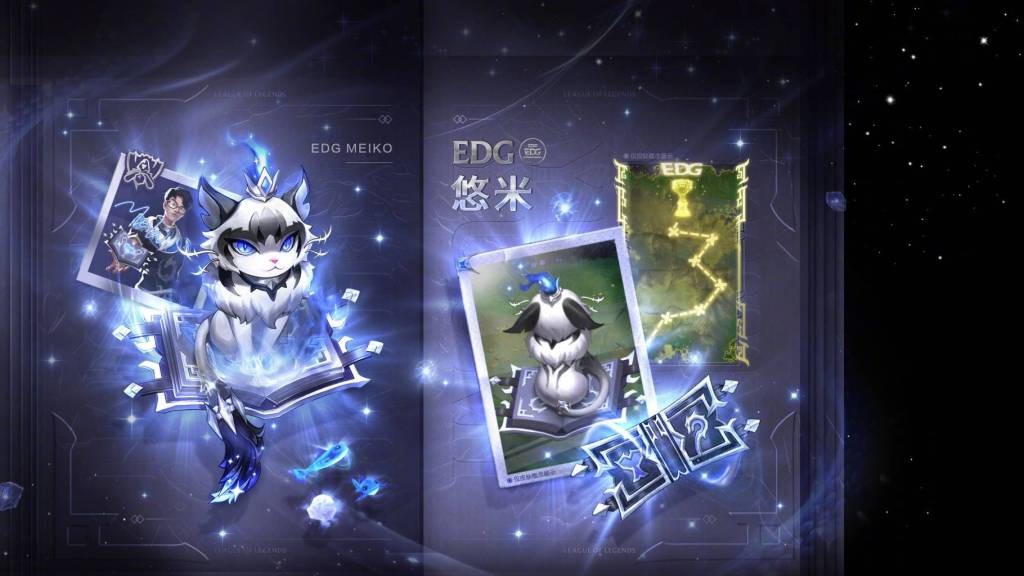 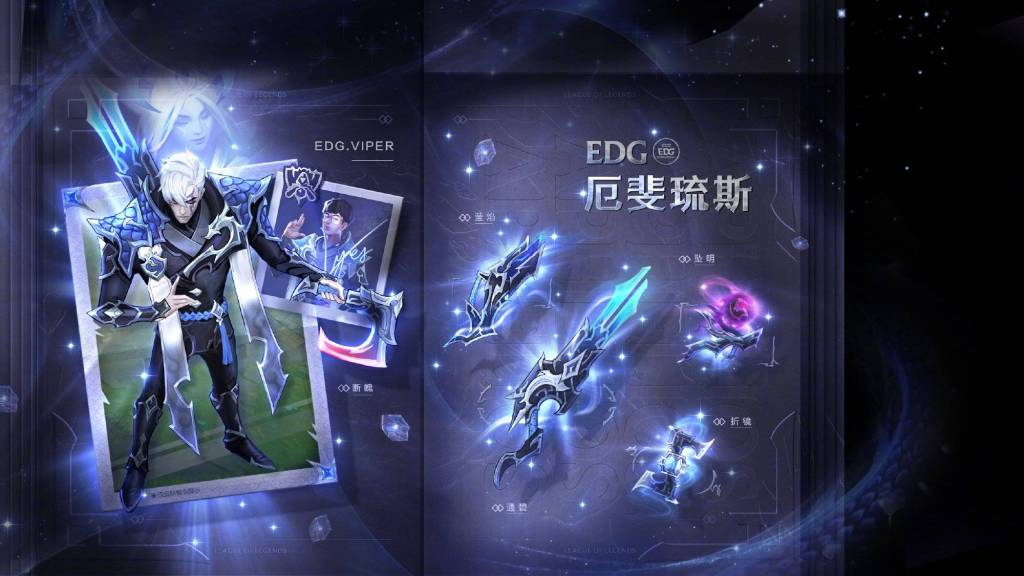 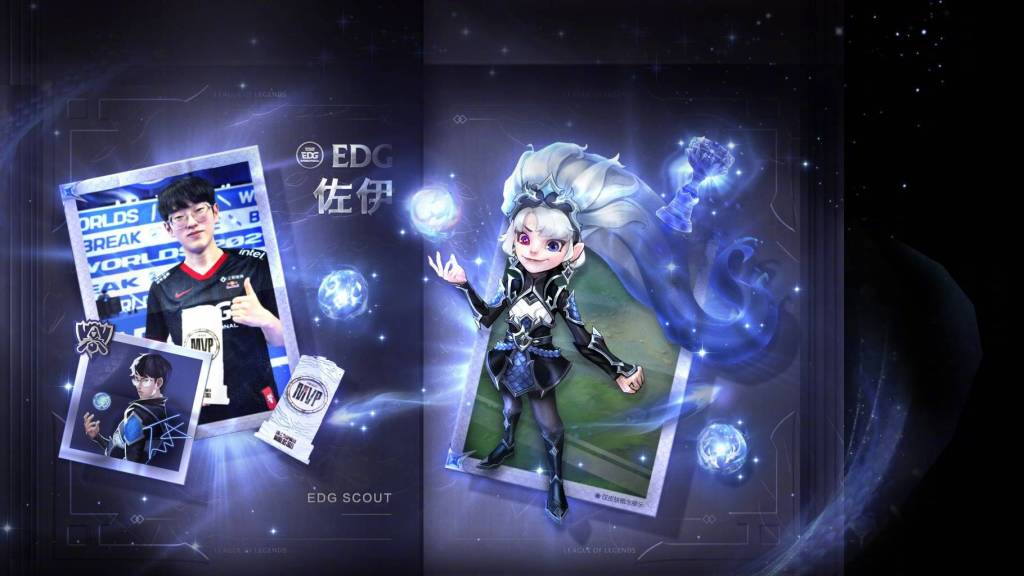 Graphics showing the individual members of the winning team were also created. Players are styled as team skins, and their gadgets refer to the characters they have chosen.

It must be admitted that such a celebration of the victory of the Chinese team is really atmospheric and is a great souvenir for professional players.

Of course, this is not the first time that graphic designers have portrayed esports this way. All stylizations of professionals as their favorite heroes have appeared for a long time and have always delighted with creativity.