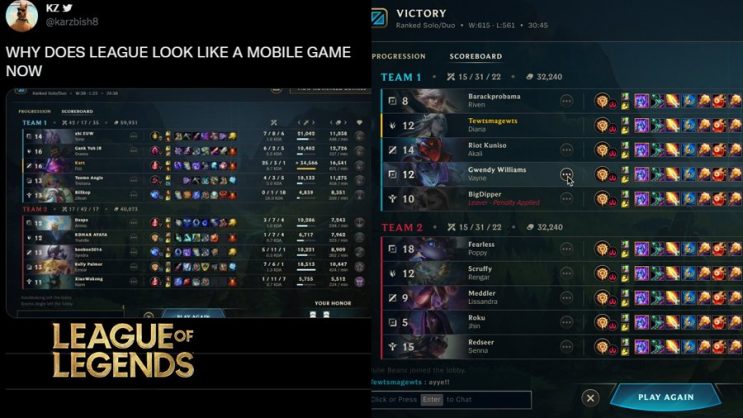 League of Legends players don’t like the new scoreboard. They claim that it resembles that of mobile games.

On Wednesday, a large client update was released on the official servers of the League. A new addition has been introduced related to the tasks to be performed in the game, as well as those that can only be unlocked by expanding the collection of skins, wards, or emotes, and much more.

In addition, the appearance of the frames for levels has been changed, new icons have been added while loading the game and, most importantly, the results screen has been updated after the end of the match. This one is not much liked by the players who say that League of Legends is starting to resemble a game for phones.

READ MORE
Korea in LoL is famous for its toxicity and the giving up games. Why is this region different from the others?

Games created for the computer differ from those available for smartphones. In the case of Wild Rift and League of Legends, it is, among other things, the artwork. It looks more clustered on phones (for obvious reasons). This is what the community dislikes. They think that League will soon be a mobile game. There were a lot of such opinions after the update. 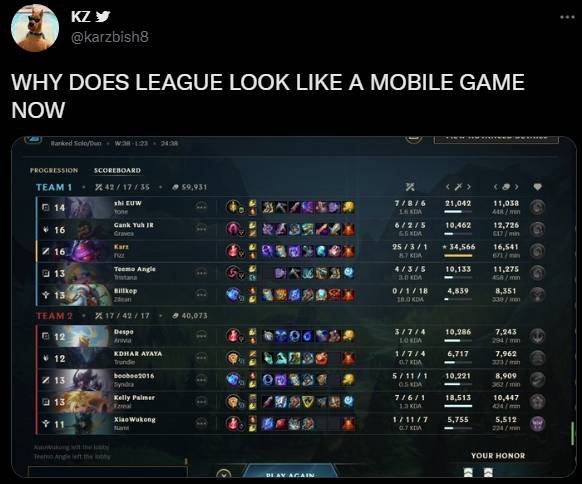 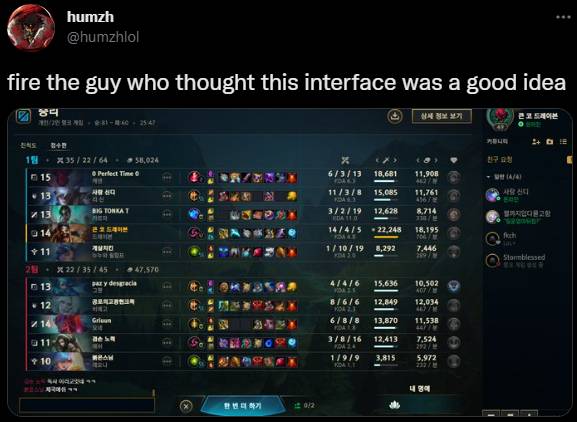 In addition to the appearance, there is also the question of chat. Now it is virtually invisible and holds only two messages. Therefore, when talking with teammates, we have to scroll a lot, and due to its high sensitivity, it is not easy. However, this has its advantages, so perhaps fewer players will insult themselves after the game. Some have suggested it’s Riot’s new plan to reduce toxicity.

However, not everyone criticizes the change. There are fans who have noticed that they don’t need to go to the Details tab now to check the damage dealt. They are now available immediately and the main “damage dealer” is marked with a star. The answer to that is “too much information on the screen” which, according to one commenter, feels dirty on the screen.

The statements also contain a well-known meme suggesting that League of Legends players hate changes and criticize virtually every bigger one. It was similar with Patrons, and now hardly anyone remembers them. 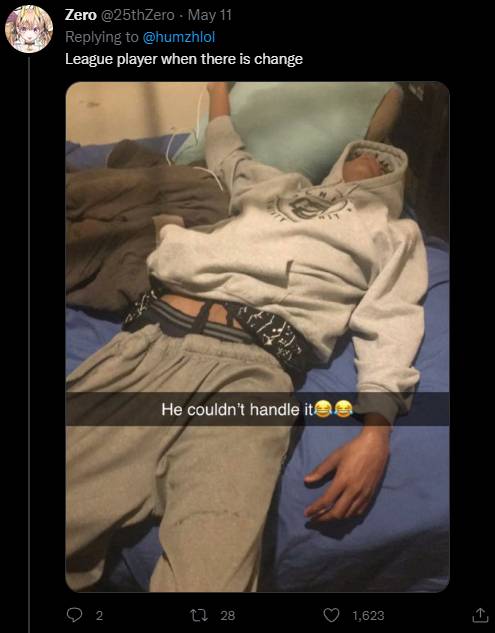 There is little chance that developers will back out from it, so the community will have to come to terms with the new scoreboard.