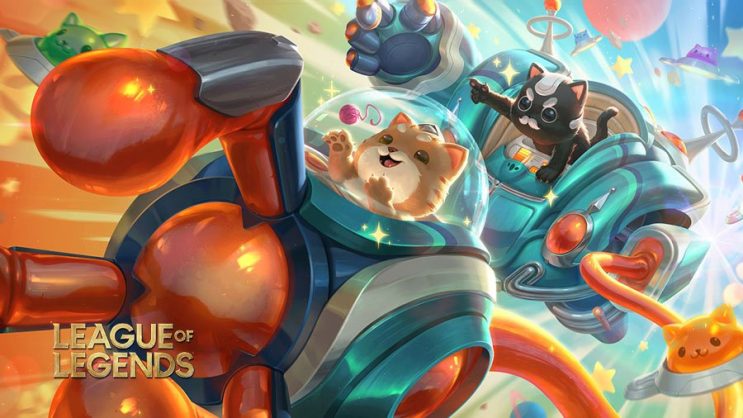 A video has appeared on the web that shows a way to trick enemies into using Flash.

It is widely known that there are skins in League of Legends that can give you a slight advantage during games. It’s not about boosting character stats, but about various effects and animations that can be less readable than the basic version. This is why some skins are not allowed in professional competitions.

Players know this and try to use it to confuse their opponents. From time to time, new ways to deceive the enemy appear on the Internet. The newest one is related to Blitzcrank.

READ MORE
Zeri from League of Legends is spreading terror on the professional scene. Is the heroine OP?

Blitzcrank is a hero who is hated by many players. All because of his Q that allows him to grab opponents. Usually hitting someone with it, especially a paper champion, ends with their quick death. No wonder many LoL players hate the robot.

There is another thing that sets Blitzcrank apart from other characters. It is its skins that are called pay2win – in the past iBlitzcrank was considered such a thing, and today it’s Space Groove – a legendary skin released on April 1, 2021.

Why is this skin p2w? A video has appeared on the Internet that after using control + 4, the hero performs an animation that looks similar to his Q, so it is very easy to scare enemies enough to use up Flash.

What does the League of Legends community say about it? Opinions about this trick are strongly divided. Some say that this type of hero animation actually works, and they have used it more than once while playing Thresh, especially with a skin which recall animation may suggest using Q.

Others say the video above is a bit of a stretch. It’s mainly about the fact that after pressing Control + 4, Blitzcrank waves his left hand and his Q is a shot from the right hand. Yes, it happens that opponents do not pay attention to it, because during dynamic fights such a detail can be overlooked.

Players also noticed that the enemies in the video behave a bit strange as if they were deliberately getting caught by this trick. However, it can be expected that the authors of the recording made them in a group of friends, so the opponents only pretended to be surprised to show that the trick actually works.

Does this mean that it is not worth trying these plays? It doesn’t hurt to try, and maybe one of the enemies will just get fooled and burn the Flash.