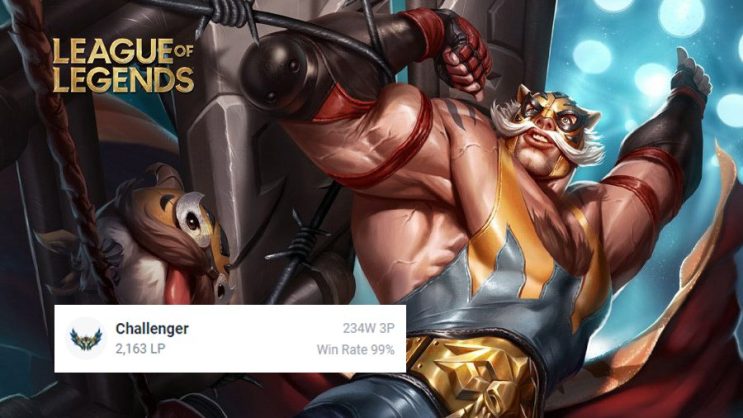 One League of Legends player has a surprising win ratio in Challenger. He wins almost 100% of the games.

Many LoL fans dream of one day making it to one of the top divisions. Unfortunately, the process of climbing the ranking ladder is not easy, and it is not uncommon to experience much worse moments in the process, such as a series of wins and a temporary drop to a lower division.

Some players are so motivated that they play several thousand games over the course of a season and are not discouraged by the fact that they have a fairly average or even poor win ratio.

And it’s hard to imagine that next to them there are people who have hardly lost any games, although they have played hundreds of them. This is even more incredible when one notices the division of one such player, and it is Challenger.

READ MORE
This character in LoL has been strong for 5 updates and Riot doesn’t even think to nerf it. It is becoming a problem

The player in question today has the nickname Year U Fish and is currently in Challenger. His win ratio is 99% and his main role is support. Probably many people are wondering where the catch is. Well, this astonishing win percentage relates to the Flex queue.

For some players, flexes are not on par with Solo/Duo ranked queues. In fact, some say that flex queues are just slightly more serious normals, which, by the way, can provide end-of-season rewards.

Regardless of how you look at it, flexes are still counted as ranked, and to get to the top division there is a great achievement.

Year U Fish took care of the right allies, which, as you can see, paid off, as he and his friends got to the Challenger with a 99% win ratio. 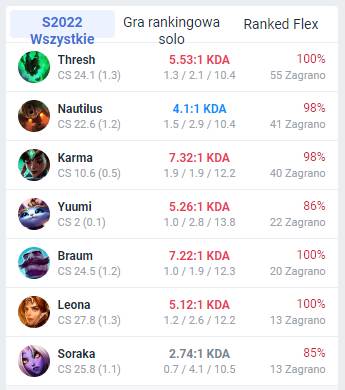 Interestingly, the site states that the player finished the season in 2020 in the Bronze, and a year later he managed to get to Diamond 3.

It is difficult to assess what is really behind the success of the described player. Is it pure skill or perhaps immense luck? Some say that his win rate is highly suspicious and it is downright unrealistic that a player loses so rarely.

However, it is impossible to judge whether the account owner is gaining the division in a fair way, or whether he is using third-party programs or being boosted. To determine this, Riot would have to take a closer look at his game records.