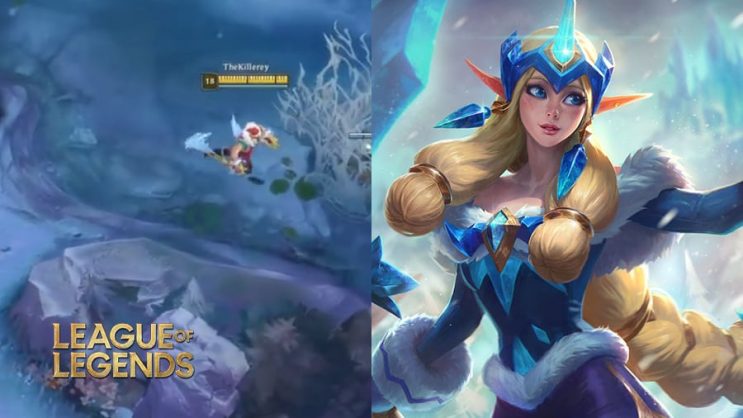 November is coming to an end, so many people are already thinking about December and Christmas. This period is a favorite time for many people, so it’s no wonder that developers of some games refer to it in their productions.

Players who have known LoL for many years certainly remember the time when Riot introduced winter Summoner’s Rift. According to many, it was incredibly atmospheric, when you could meet with friends on a snowy map, often playing with skins from the Winter Wonder series.

Today, the community greatly misses this festive and magical time on Summoner’s Rift. The developers abandoned the idea of a winter map for several years, so players found they had to cope in other ways. One of them created a new custom version of the map, which delighted the rest of the title’s fans.

One of the League of Legends fans – TheKillerey – has created a revamped version of the winter Summoner’s Rift, which causes a huge surge of nostalgia. The post with a short presentation of the snowy design quickly became incredibly popular, making it noticed by many fans.

Unfortunately, some commenters do not recommend the use of such add-ons for fear of possible bans. Custom skins or map modifications should be used at your own risk. From various statements from the developers, it seems that Riot does not allow the uploading of fan-made cosmetic add-ons, as these can be read as third-party programs, which can result in the blocking of the account.

However, this does not change the fact that watching such fan-made modifications causes an influx of positive emotions and memories. The community really fondly remembers the old years, when Christmas in League of Legends was associated with a unique atmosphere.

Admittedly, the snowy map will not return anytime soon, but some people take comfort in the fact that Riot is again releasing winter skins, which this year will go to Diana, Swain, Zoe, Shaco, Zilean and Warwick.