League of Legends players are attacked by a dangerous virus. You have to be careful what you click.

Viruses and all kinds of spyware have been around since the beginning of the internet. Typically, you do not need to install any additional antivirus software at all, as long as you download files from trusted sources, such as official gaming platforms.

Now, however, it turns out that the virus was addressed directly to League of Legends players. Not the ordinary ones, but those looking for adventure and happiness on the Internet. It turns out that computer blocking cases are increasing every month and third-party software is responsible for them. What to avoid?

READ MORE
A detailed description of the changes for patch 12.15 to LoL. Nerfs of 6 heroes and 10 buffs. Zed with infinite range of shadows

First, it is worth noting that there is no need to panic. If you do not use third-party programs and do not download strange apps, your computer should not be infected. In addition, the program’s operation can be seen immediately, because it locks the computer, turns off windows defender, and waits for a ransom.

According to the website cybernews.com, ransomware was discovered in the files of the League of Legends accounts that locks the files. Players download them to their computers through the account checking program. 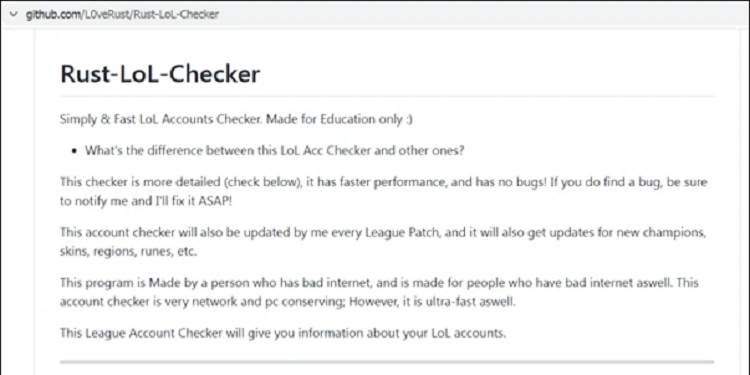 Once installed, it runs SolidBit ransomware, encrypts files, ejects logs, removes dozens of services, and turns off windows defender. It then displays instructions on how to decrypt the data and demands a ransom. Researchers found this virus on GitHub in other programs as well, such as “Social Hacker”, “Instagram Follower Bot”, and more. For this reason, it’s important to pay attention to what you download.