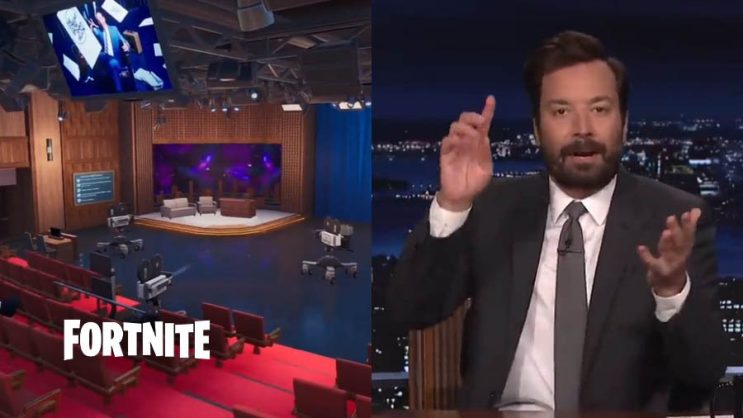 Fortnite is reaching places you would never expect it to.

Fortnite is already appearing literally everywhere, Epic’s production, despite the passage of years, continues to be very popular, and as a result, not only series, movies, and other games but also big personalities are already involved in the collaboration.

One of them is Jimmy Fallon, whom you may know from Youtube and “The Tonight Show.” The program, through a partnership with Samsung, will be brought to the world of Fortnite. Officially.

READ MORE
Leakers give their take on everything that may yet be introduced in Fortnite. What has Epic updated?

The announcement shows that the organizers have moved the entire original studio. This is something that hasn’t been done before.

Epic probably doesn’t have much to do with it, so don’t expect special cosmetic additions, tournaments, etc. Although there’s always a chance that the developers will get in on it in some way.

It’s all organized by Samsung, but of course most won’t be particularly interested in it. There will certainly be a lot of buzz about it in the next few days – everything will be launched on August 21 at 11:35 a.m. ET.