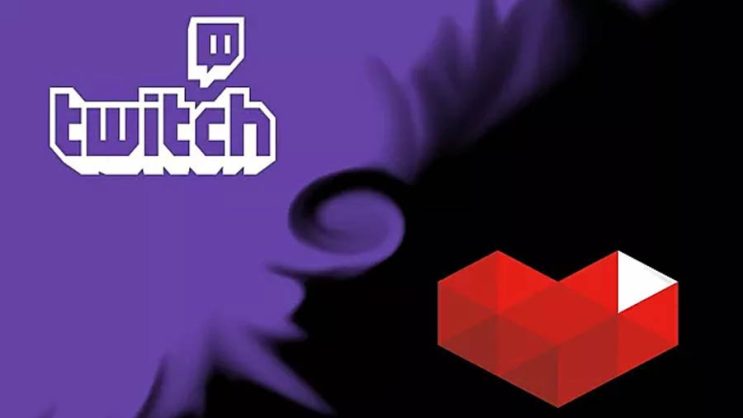 Yesterday, information on the actions that Twitch will be making soon appeared on the network. Youtube didn’t wait too long and has already responded.

Youtube has been getting bolder in its endeavors lately. Obviously, the power of Twitch cannot be compared to the constantly developing Youtube Gaming, but you can see that Google is feeling more and more confident, at least when it comes to streaming.

That’s why the YouTube Gaming CEO wrote very confidently on Twitter what he thought about Twitch’s decisions. All this is of course a response to the information that TTV wants to change the profit-sharing from 70/30 for the streamer to 50/50.

READ MORE
Twitch is planning huge changes. There will be more advertising, less money for streamers. There are pluses too

The CEO wrote briefly that it would be an interesting two weeks for Youtube. There is a reminder that Youtube is not going to change anything and there the split will still be 70/30. Additionally, it was recalled that the Youtube affiliate program does not require any exclusivity. 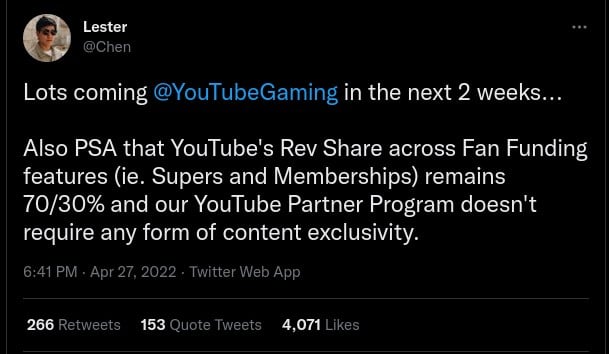 This is definitely a jab at Twitch, although it doesn’t really change much. Certainly, in the summer, when the announced changes are made on TTV, YouTube will have a good chance of growing. YT’s biggest problem is simply the lack of a community Twitch has. All functions can be implemented, but not necessarily the audience.