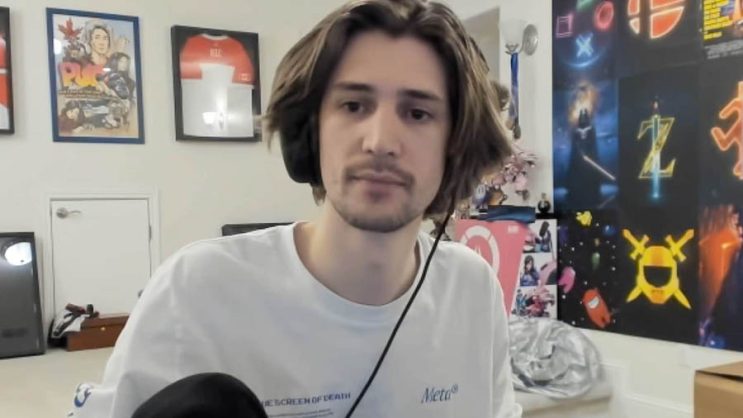 xQc decided to change his nickname after many years. Mainly because he no longer identifies with it.

xQc is by far one of the most popular streamers on Twitch. Virtually everyone who follows TTV more or less knows him. Currently, when entering the old streamer’s profile, information about his unavailability appears:

All because the streamer changed his nickname. So far, it has been the same and had a lot in common with Overwatch – let us remind you that xQc is a former professional OW player who played in the most important league.

READ MORE
He forgot he is streaming on Twitch and turned on an adult video. The chat must have surprised quite a bit

The change is rather cosmetic. Twitch agreed to the streamer having a 3-character nickname. As a result, “ow” was removed. The old nickname still appears in Google searches, but the streamer can be watched directly on twitch.tv/xqc. 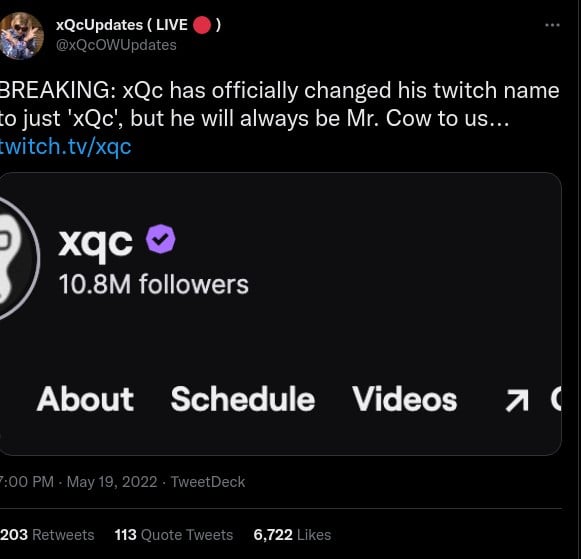 Initially, the nick was showing a little “xqc”, but this has now been fixed. Now the change will probably also appear on the Youtube channel.