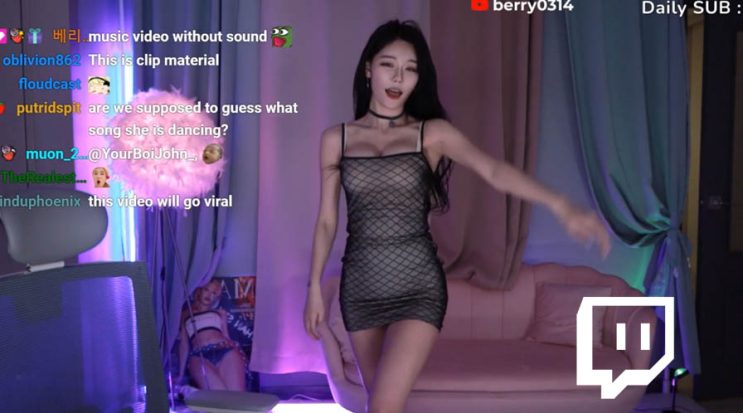 Twitch streamers, which were primarily concerned with dancing, faced a difficult task, or so it might seem.

Imagine you’re streaming dancing on Twitch – this is your main activity, and with DMCA (copyright) submissions, you suddenly have to stop playing music. Playing it is too risky.

What then? You can try with music without copyright, but it always carries some risk, you can also create your own songs or commission someone to create them. And you can also be a Korean streamer who just doesn’t play the music and keep dancing.

READ MORE
The streamers outsmarted Twitch in the most brazen way. That’s how they avoid getting banned

The lack of music doesn’t bother anyone

And it’s not that the streamer dances to the music, and the whole thing is simply muted in the streaming program. There is simply no music here. The streamer normally talks to the viewers and dances in silence.

As people notice, after all, no one watches such broadcasts for music, so the lack of it has no effect on the popularity of the stream.

Which does not change the fact that this is a rather strange situation that can be treated as unusual. Twitch, or rather streamers are going in a really strange direction.