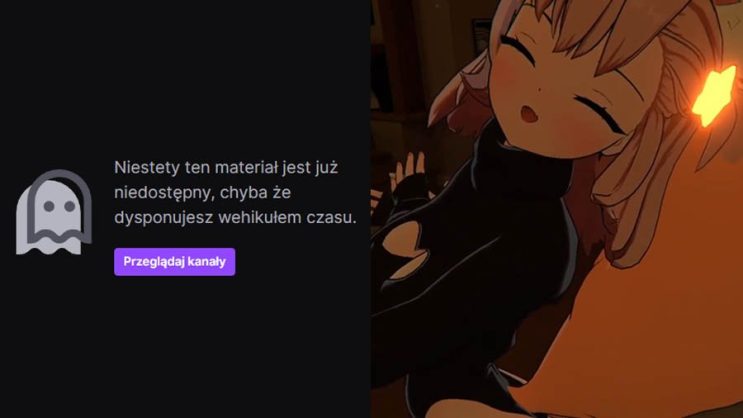 With each strange ban, our surprise diminishes, and Twitch turns more and more into a very strange place.

Streams are constantly evolving, but some of them in a rather strange direction. One of the girls, who is a “vtuber”, that is, uses her virtual character, went a bit over the top. Twitch found her broadcast was 18+ and banned her channel.

For what? The Vtuber said it would be a great idea to suggest sitting on her audience. The suspension is probably due to this one situation.

“Atypical” is an understatement in this case. There has been a feeling on TTV for a while that if streamers are using their virtual characters, you can’t make much 18+ content out of it. However, the platform changed its regulations some time ago and now it has the basis for banning for this type of situation:

The ban was only granted for 7 days and is rather well deserved, though it’s hard to say if the platform should be suspending channels for a week for something like that. All these bans are becoming harder and harder to comment on at all because they are so detached from what TTV was just a few years ago.