Few people are at all interested enough in Discord to know that it doesn’t have only one or two versions.

The vast majority of Internet users do not delve into the technicalities of Discord. Usually, one simply turns on the instant messenger, joins a server, and possibly passes verification.

However, there are some people who not only create plugins but generally know everything about this platform. One Reddit user laughs that he should probably get some kind of “Discord God” decoration.

READ MORE
This is what Discord looks like on Windows XP in 2004. A sentimental trip back in time 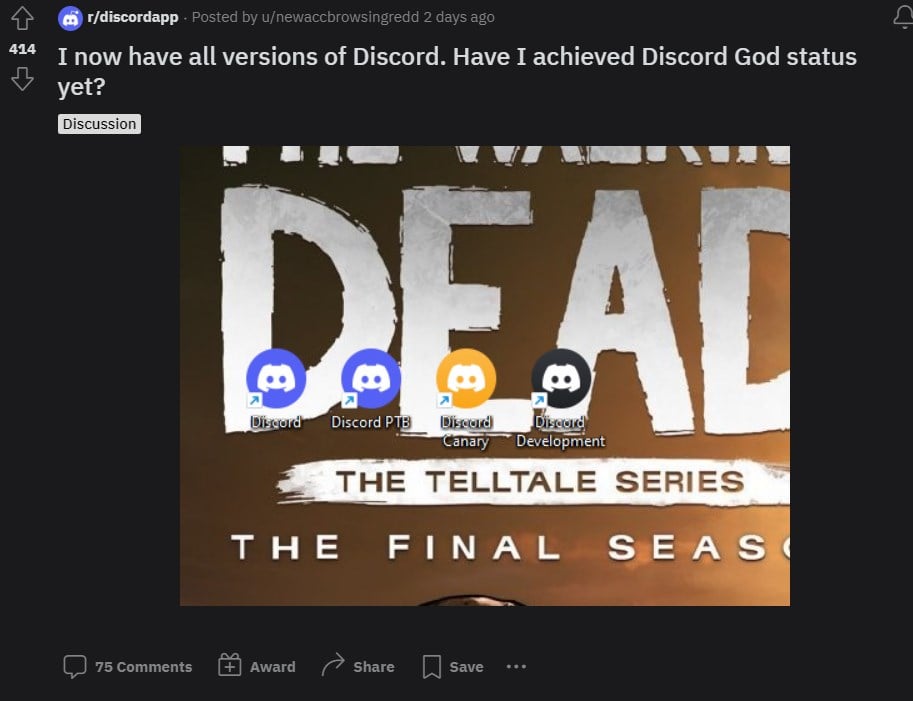 From where and why is the developer version downloaded? For testing, the average user will not need it at all. However, if you are very tempted, Discord itself makes this version available to the public. Just search for “Discord development”

However, it is worth knowing that not everything will work there, and you can expect many bugs and technical problems. If you are only chatting, it is definitely not worth the trouble.