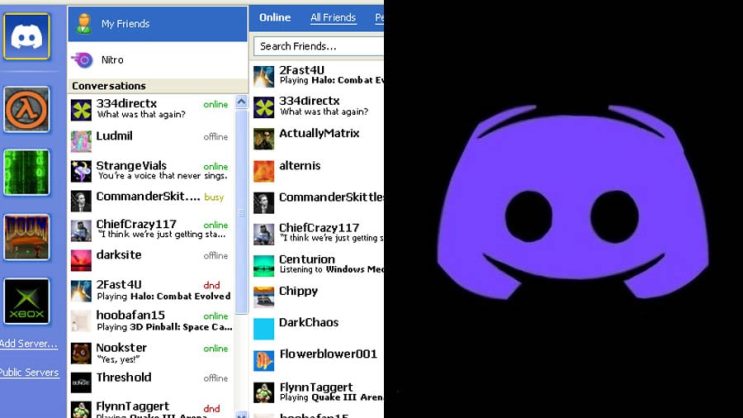 Have you ever wondered what it would be like if Discord appeared instead of TS?

Until a few years ago, no one had heard of Discord. Today, this instant messenger is known to virtually all gamers. Many people will surely be surprised to learn that Discord in general was created back in 2015.

However, there is no question of it being a competitor to at least TS. Gamers, however, decided to change that and show what DC might have looked like in 2004 when Windows XP still reigned supreme on the market.

READ MORE
Discord is removing this feature from the Nitro version. Don’t be surprised if your avatars change

Discord could have definitely been the main platform years ago, while at that time everyone was going over to Messenger, and most players were sticking to Teamspeak. Even earlier on Mumble.

One player, specifically MondethSpartan showed what he thinks Discord could have looked like years ago: 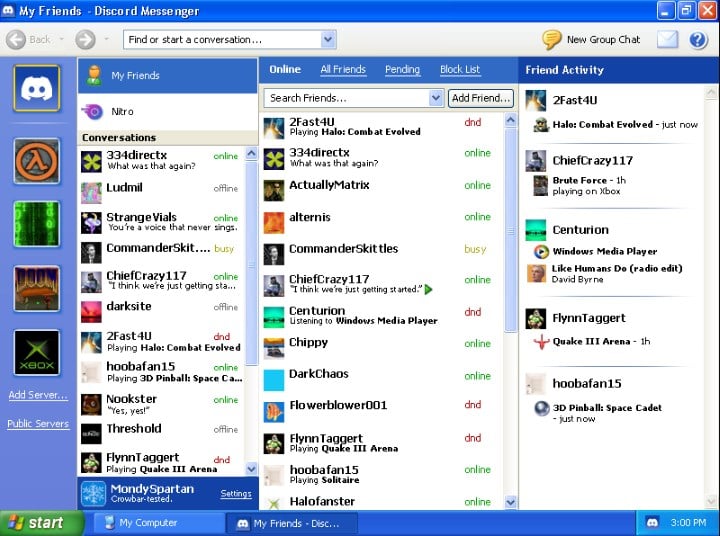 It looks really great. Friends list, conversations, active people, and most importantly, the absence of all those completely unnecessary features. Today, users joke that they would like to get a simplified version of Light altogether, which has only conversations alone and no additional features like glowing avatars.