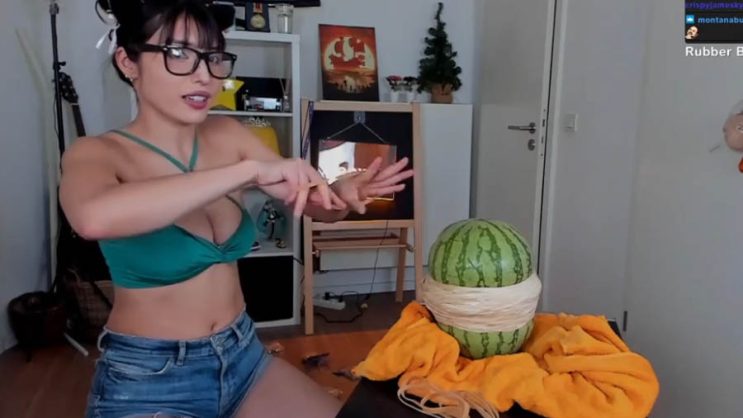 Twitch streamers are very creative, but sometimes their games end in a rather unpleasant way.

What can you do on Twitch today to stand out? Well, Meowko decided to test how sturdy a watermelon is. She wrapped rubber bands around it, until at one point the watermelon couldn’t stand it and simply burst.

This might not have been any interesting if it weren’t for the fact that when the watermelon exploded the stream ended. As it turned out later, the computer was damaged. It’s hard to say how or why, but it happened.

How can a PC be damaged?

The streamer was playing with a watermelon. At some point, as expected by the audience, the watermelon burst. If you have headphones or are listening from your phone, you are advised to turn down the volume (the end is loud):

After that, the streamer wrote on her Twitter that her computer had stopped working. Perhaps it had hit with something, or perhaps it had been flooded in some way – though it’s really hard to imagine. 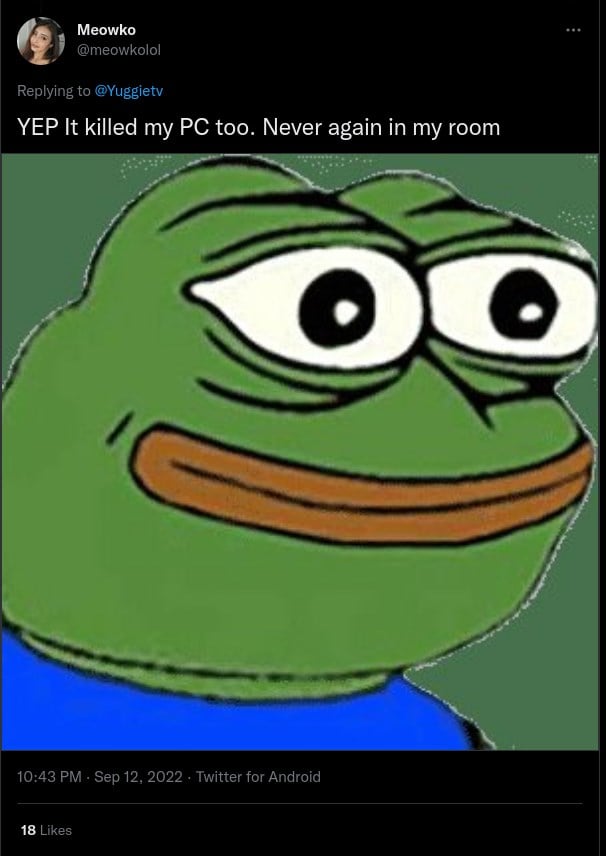 At this point, this is one of the more creative ways to get rid of a computer, or at least make one in need of repair.