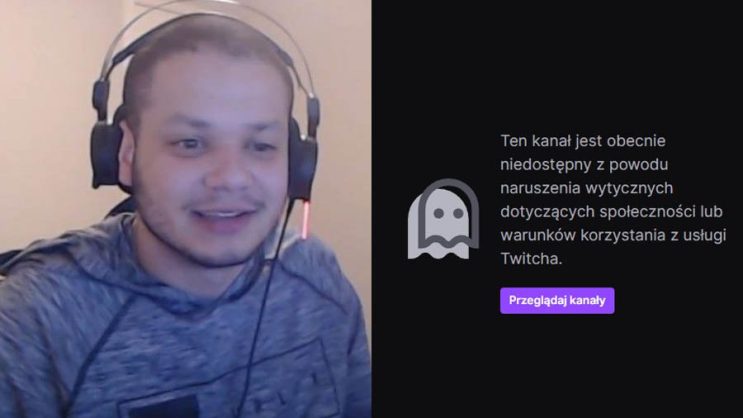 Erobb221 is one of the popular Twitch streamers who was recently banned for a rather trivial reason according to other influencers.

There has been a lot of talk about Twitch bans again recently. Recall that one of the streamers making love during the broadcast was banned for 7 days. Meanwhile, Erobb has to take a break from TTV for a month.

For what? For a quarrel with his viewer. Those commenting on the matter joke that he simply forgot to add that it was about a game – a popular way for streamers to avoid possible bans, though it should be considered a meme.

READ MORE
Ninja and his stream on OF. Streamer left Twitch to now surprise with his decision

The ban was reportedly imposed for a quarrel. In total, the suspension is said to last 30 days. Surely most people are familiar with all those disputes between streamers and viewers – it was for something like this that Erobb was banned for a month. 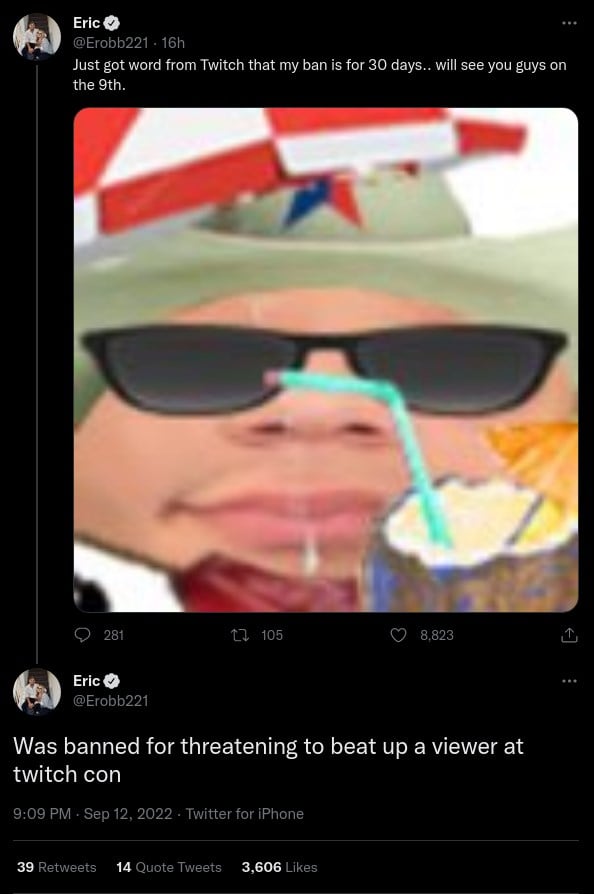 Other streamers found it amusing, of course, comparing 3 types of situations. On the one hand, there is a ban for 7 days for making love, 3 days for showing all your body, and a month for calling each other names. 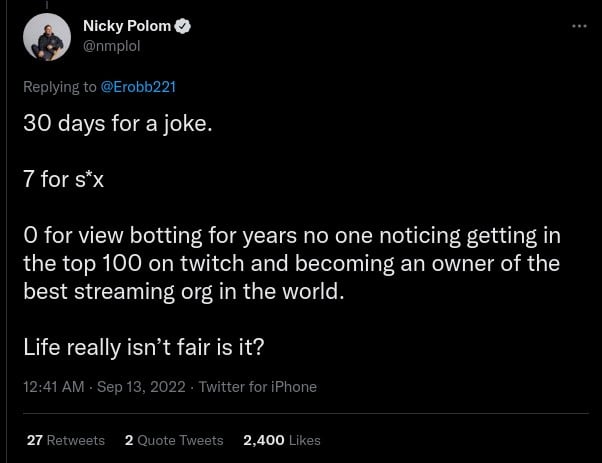 It may seem strange, but that’s how it is at this point, and it’s hard to do anything about it.

The ban is unlikely to be shortened, although the issue has made a lot of headlines. Twitch does not comment on its bans, so definitely do not expect any explanations from the platform here.