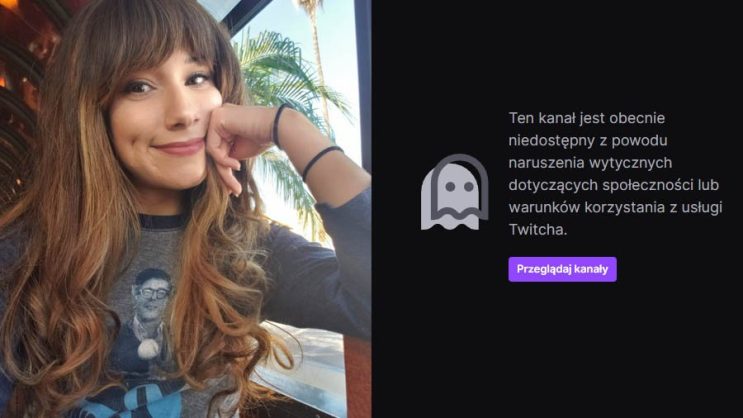 One of the Twitch streamers was temporarily banned for reading a certain book.

One of the Twitch streamers had to come to terms with the ban after she decided to read one of the books during the broadcast. Of course, you can guess that the book contained 18+ content.

And although the streamer explains that there was nothing really for adults there, it did not help much. The ban has not been removed, and will likely not be, for the next few days. For now, the streamer has to switch to Youtube.

READ MORE
Hackers hijacked Twitch moderator accounts. The effect was visible on the official stream from Major in CSGO

Ban on Twitch for reading a book

This is probably the first time this has happened. Twitch has determined that the content of the book is intended for adults. It is possible that there would be no ban if the broadcast was properly marked, i.e. for people over 18 years of age. 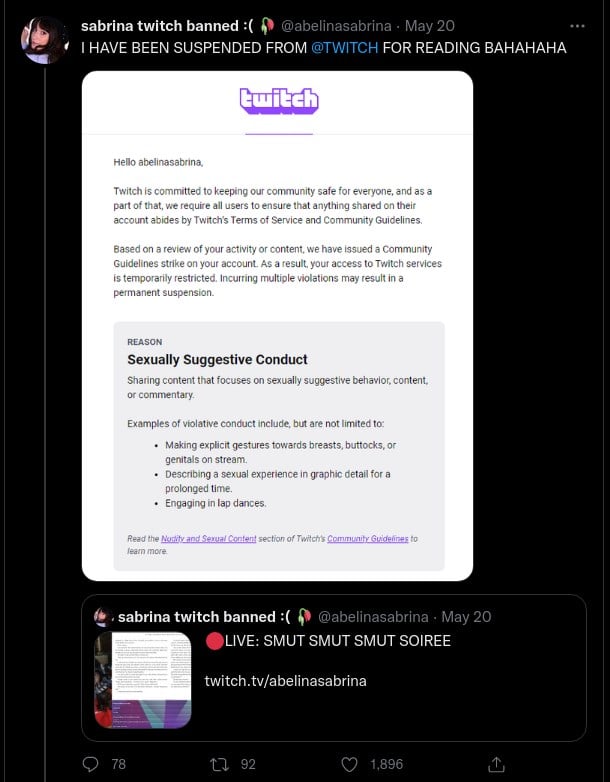 Probably someone must have reported the streamer. Twitch on its own is unlikely to take any action in such a case.

It is possible that the streamer will appeal against this decision and the ban will be lifted. If not, keep in mind that even reading adult content can end up with you getting banned.