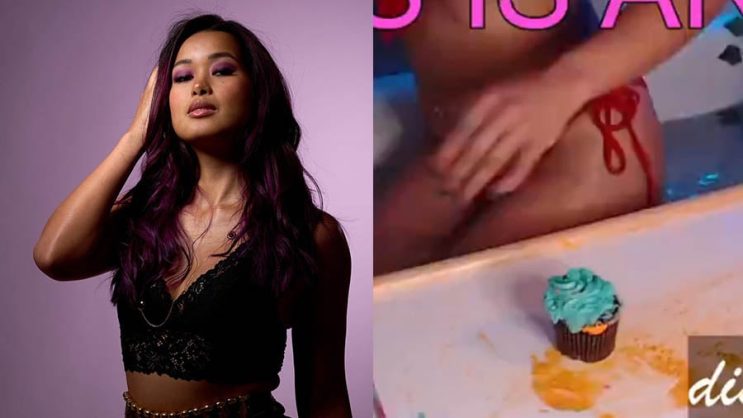 Sometimes we feel like this just can’t be happening. However, such strange events take place on Twitch that simply can’t be made up.

Once streamers are caught doing certain activities, another time they dress inappropriately, and now there was a pool streamer who decided that as part of her viewer’s birthday she would make him a gift.

The gift consisted, among other things, of singing well wishes and sitting on a cake. Twitch considered this suggestive content – you know, sitting on the cake or other objects, most likely that was the immediate reason. To be clear, we’re talking about Twitch’s partner here.

READ MORE
Remember the adult film actress who broke her back? This is what no one expected after the accident

Ban for sitting on the cake

The streamer herself is not particularly known for her pools. She is another person who apparently wanted to get more viewers. Her most streamed categories are: Music, Just Chatting, IRL, Creativity, Overwatch, and Podcasts. Then, all of a sudden, there was a desire for pools.

Pools appeared, along with a ban. The channel “raquel” is currently unavailable, and the streamer herself explains it with satire.

Just what was it actually about there? All the action that Twitch was annoyed about:

The ban is for 3 days, so it is not some particularly severe punishment. It could definitely have been worse if Twitch had treated everyone equally.