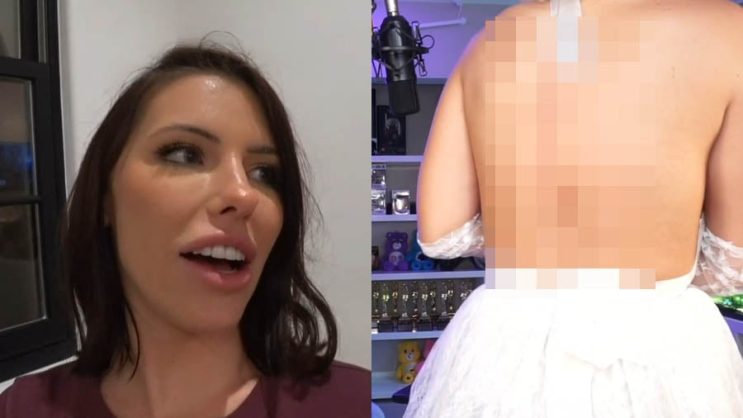 “No one expected this” is a meme, but in this case, it fits perfectly. Such information was actually probably hard to expect.

Adriana Chechik, an adult film actress and Twitch streamer at the same time, has returned to the platform. Recall that she was the person who broke her spine in two places with her jump during TwitchCon.

The streamer has already returned to Twitch and during her first broadcast showed what her back looks like and at the same time the scars from that jump.

READ MORE
Streamer gives advice to guys on how to start a conversation with a girl. So, yeah…

There is something else

The whole world has learned not only about the scars and the ongoing trial, but also about something else. It turns out that at the time of the jump the streamer, or actress, was…. Pregnant. The worst news is that, unfortunately, Adriana had to come to terms with the loss of her child.

It seemed to everyone that the operation would take care of everything, while here it turned out that the losses are much greater. One can write a lot about the occupation of the actress and everything around her, but this changes everything.

People are writing just as much about the fact that it’s nightmarish news, but also about Twitch’s lawyers, who must have worked up a good sweat upon hearing the news.

Of course, Twitch is Amazon and has the money to pay, but the loss of a child will not be covered by any compensation.