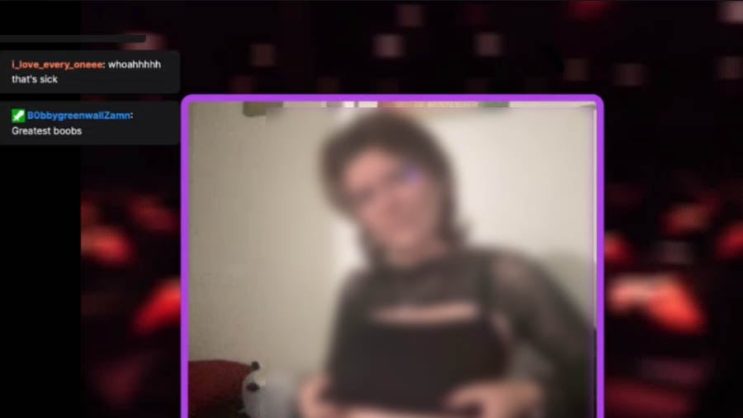 Another streamer has “gone rogue” in pursuit of popularity on Twitch.

The new streamers are probably unaware that broadcasting this kind of thing means a permanent block with no recourse. Usually, the girls come back on brand new accounts anyway, and so it was this time, too.

Wanting to gain popularity quickly, the streamer, after an hour of broadcasting, where hardly anyone was somehow interested in her at all, just started “playing with herself.” It ended with another permaban.

READ MORE
Dangerous situation on Twitch. Sparks from the radiator and blowing out the plugs in the house

This is slowly becoming a trend. There is no question of some platform mistake here, this is done on purpose, directly aimed at gaining popularity. There are already so many such cases and they are being banned so quickly that it no longer has much effect. I.e. it doesn’t translate into the streamer’s social media popularity and viewership.

We can see that the streamer was strongly encouraged by the $50 donations. Someone who got the mod was clearly boosting her. 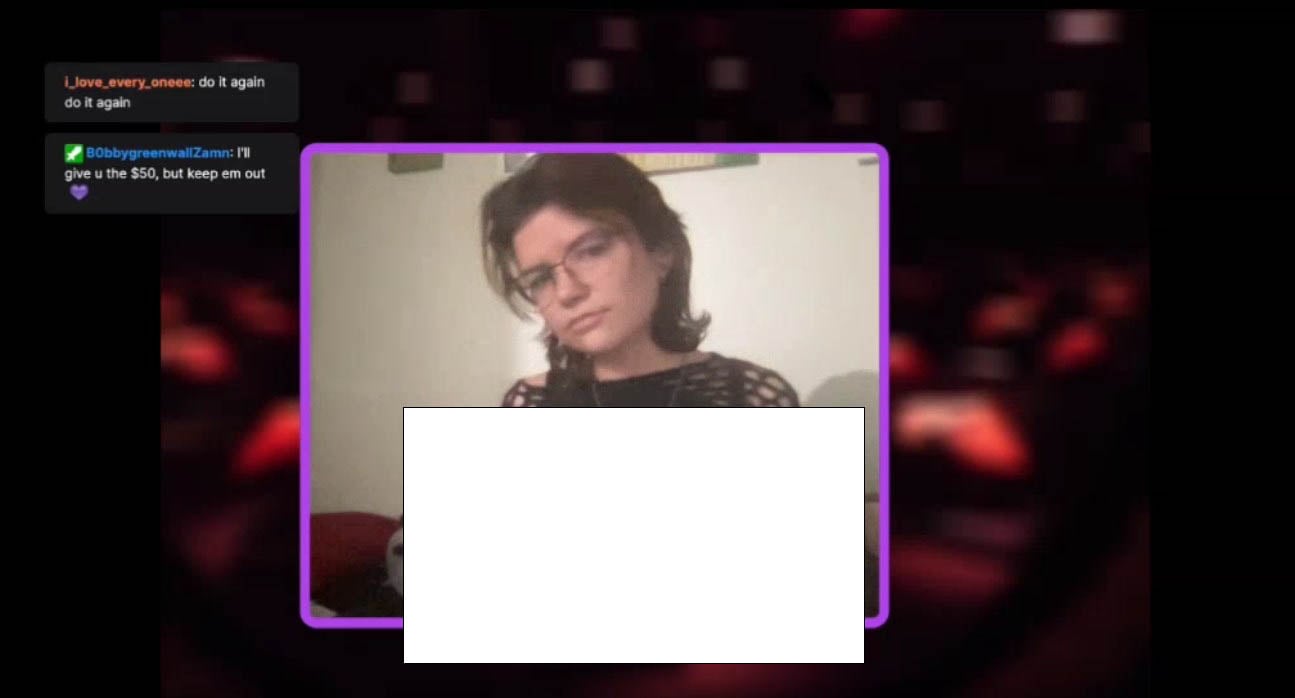 The ban was given a total of 90 minutes after the stream began. A total of a few dozen people watched it, and the video became fairly popular in circles that are interested in this kind of thing.

Of course, the screen itself is one thing, and another is the material. However, it is worth knowing that it is intended for people over 18. The streamer didn’t limit herself to just showing the “top” – CLICK