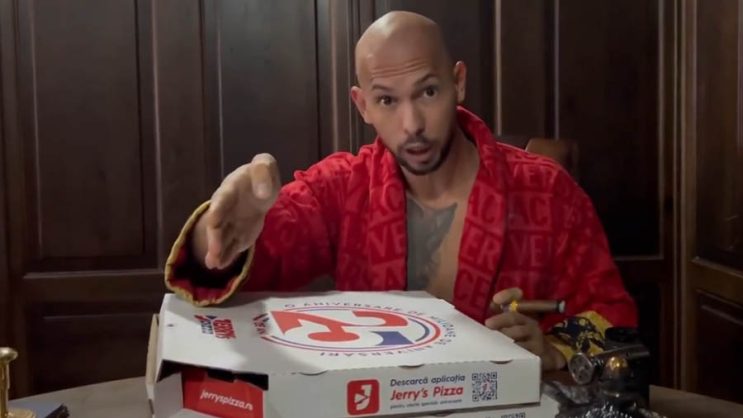 The news of Andrew Tate’s arrest was reported in the media, and this is as true as it gets. However, to this, it happened because of a pizza box.

Andrew Tate was arrested, but this is neither the first nor the second time. Andrew has already had several adventures with swatting, so for now all that is known is that the police took him away. In the media, the incident is described as the discovery of the controversial creator’s residence because of a pizza box.

The problem is that Andrew lives in a large villa, which doesn’t require some incredible skill to find, let alone searching for the address by pizza box. Especially since it’s not even a local pizzeria.

But it’s more fun this way

The story of being arrested because of a pizza box is just funnier. In a nutshell, Andrew Tate recorded a video to Greta Thunberg with his standard argumentation. A pizza box appeared there. According to the general story accepted by the Internet, thanks to this box, the Romanian authorities were able to confirm that Tate was on their territory, and simply arrest him. For what? Supposedly for human trafficking.

The pizza video itself:

The arrest is real, relatively little is known about it at this point, so more information will probably emerge in a while, possibly the announcement of Tate’s exit from custody.

This story is sure to have a sequel, the question is what kind.