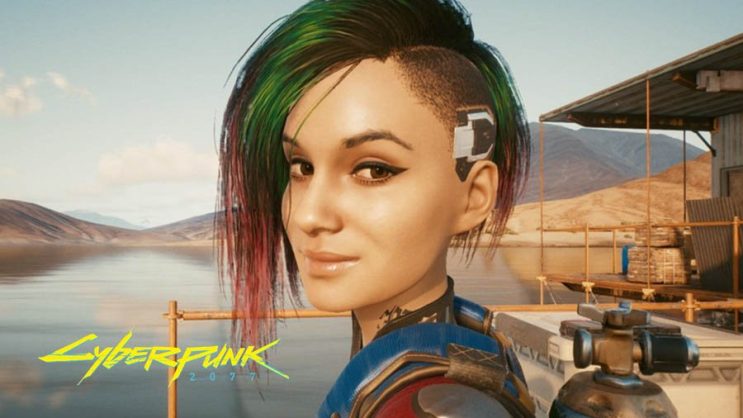 Cyberpunk 2077 is experiencing its second youth after the 1.6 update. The increase in players is huge, and the peak in the last 30 days is the biggest since January 2021.

Until now, no update has translated into such an increase in interest in Cyberpunk 2077. Now CDPR knows why people have been asking so much to separate cosmetic items from stats.

The increases are huge, by several thousand percent. A peak of 85,000 players is something Steam hasn’t really shown since launch. Since January 2021, only once has it managed to top 59,000 people at one point in time.

CDPR thanks players for another chance

Pawel Sasko thanked the players on his Twitter account. Of course, interest in Cyberpunk 2077 was also influenced by Edgerunners. 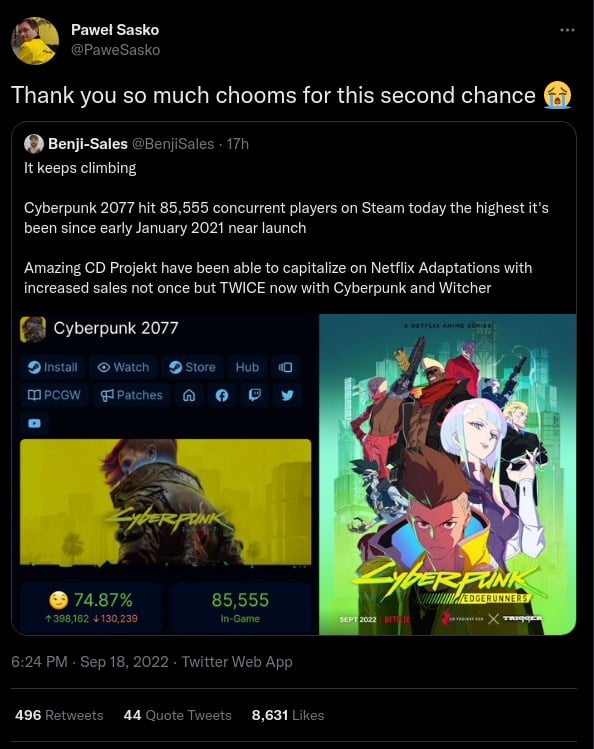 At the same time, it is currently the most played singleplayer production on Steam. It is not known how much this will last, but indeed a mass of people have returned to Cyberpunk and started playing it again. Mainly just not because of some amazing novelties, but the possibility to dress as a given player wants.