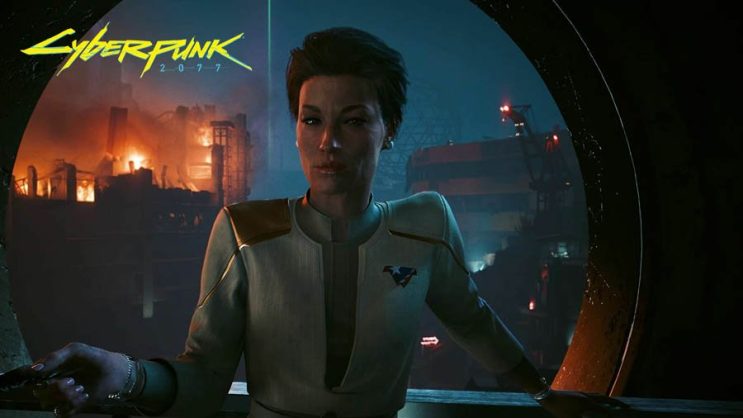 There are really a lot of people playing Cyberpunk 2077 right now. This is the impact of both the new series and patch 1.6.

If anyone had doubts about whether the Edgerunners series would contribute to the popularity of Cyberpunk 2077, it’s safe to write that it had a huge impact. In the future, probably more game developers will go in this direction.

Arcane from LoL, Edgerunners from Cyberpunk 2077 – the series very strongly and at the same time positively influenced their originals. At one point in LoL everyone played characters from the series, and now Cyberpunk is experiencing its second youth.

READ MORE
Gamers are remaking the Cyberpunk 2077 series into an adult version. This is becoming quite a problem

One million people a day

The data from Steam showed a huge increase, but CDPR revealed that the number of players is much higher than one would expect. According to what the developers wrote, Night City was visited by a total of more than one million people each day recently. 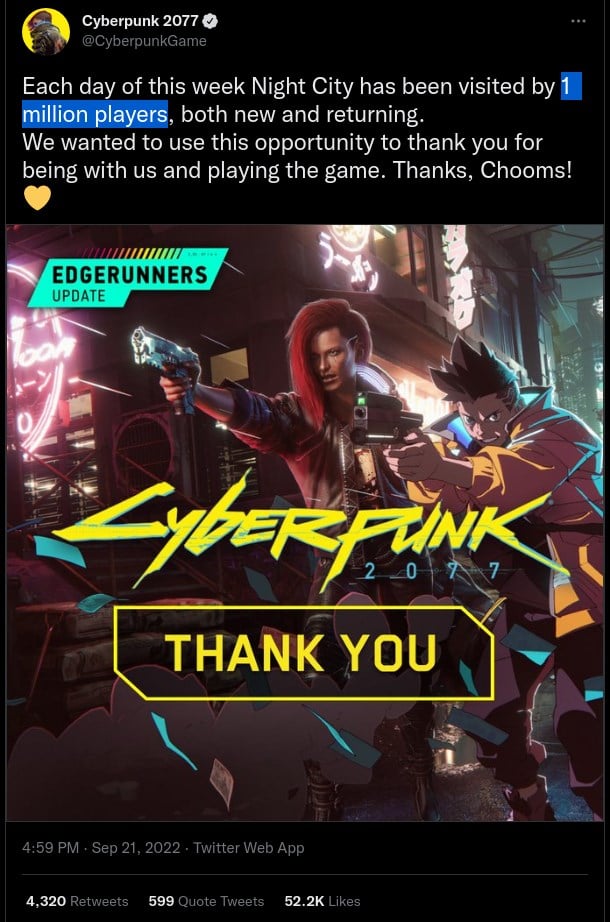 On Steam, the situation has not changed. Still, 86 thousand people is at this point the largest peak since 2021. The big numbers seem to actually be here to stay and are not dropping one bit. 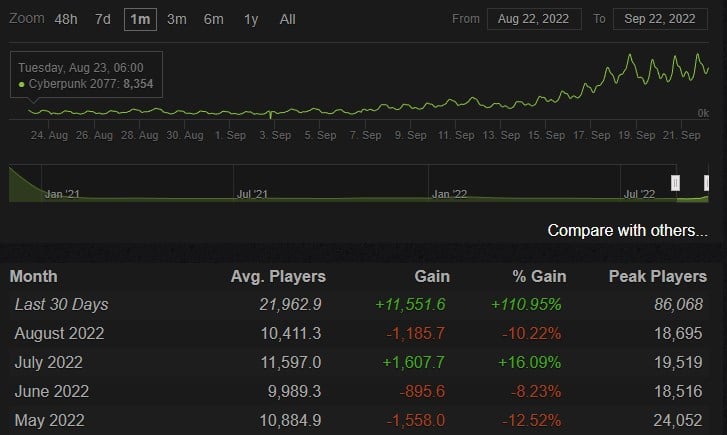 Surely this wave of popularity will pass at some point, but for this moment, CDPR can be very satisfied. This is the second time the developers have thanked players both old and new, who decided to buy Cyberpunk 2077 only now, after seeing Edgerunners.