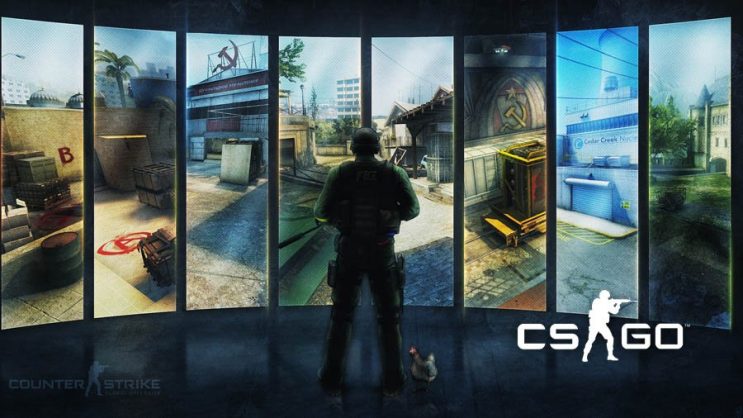 Again, Leetify created a compilation of the most popular maps and those that nobody wants to play.

It is known that Valve is already testing de_tuscan, so there is a good chance that this location will be in the map pool in some time. 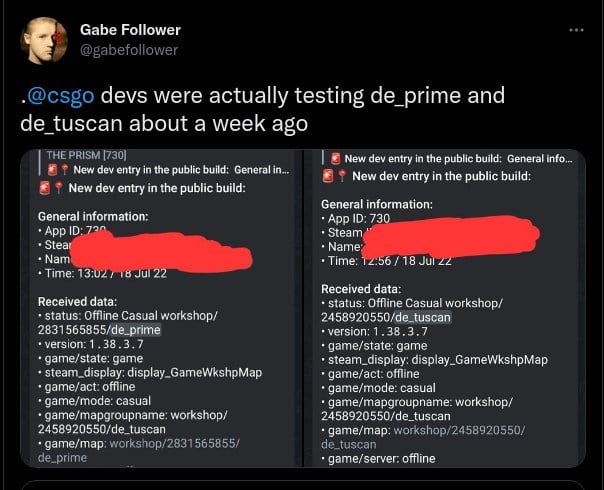 So the players began to wonder what map could be removed. The choice is not difficult, because one of the locations definitely stands out from the rest.

Of course, the stats aren’t official, but Leetify says they have analyzed over 5.2 million matches as of January 2022. So this is quite a pool, which already gives some idea of which maps are liked and which are not.

From the presented data it is clear that people most often play on:

The least frequently played maps are: 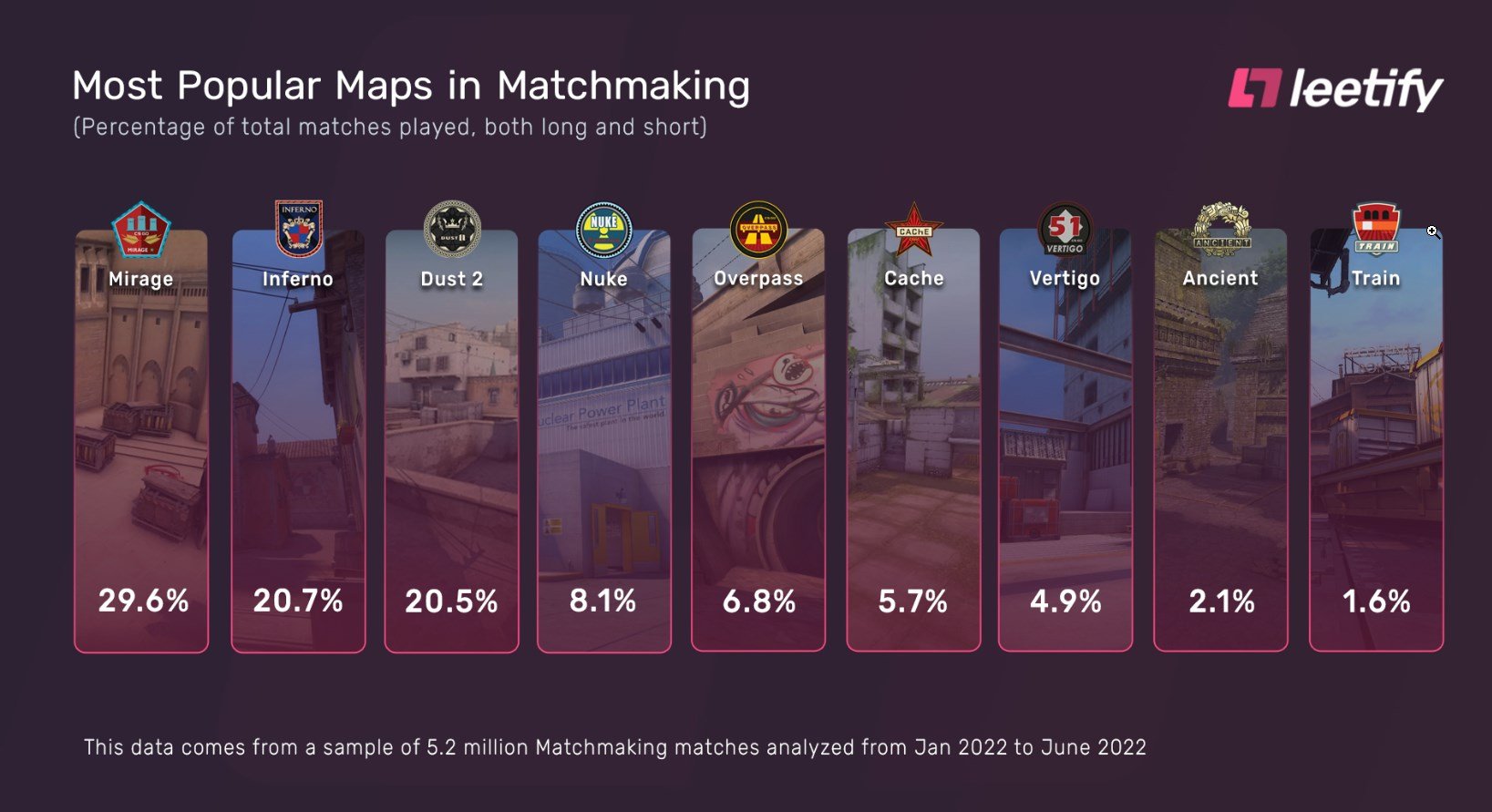 There is no doubt that Train is the first candidate for removal. Unfortunately, nothing on this topic is confirmed at the moment. Well, besides de_tuscan being tested.