Twitter has already become somewhat of a meme, of course, because of the way the whole account verification process is carried out.

Twitter and CS:GO have rather little to do with each other. Unless, of course, we’re talking about trolling Valve, which every now and then uploads something strange to the platform now owned by Musk. In any case, information about account verification not on Twitter, but on CS:GO has appeared online. 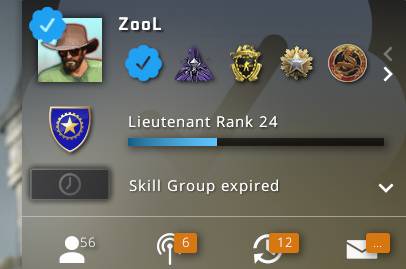 8 dollars and a special verification icon appears next to your nickname.

READ MORE
What keyboard, mouse, monitors or headphones do the best CSGO players in the world use?

However, that’s not all

Of course, the whole thing is not introduced by Valve, but by modders, who make fun of Twitter in this way. 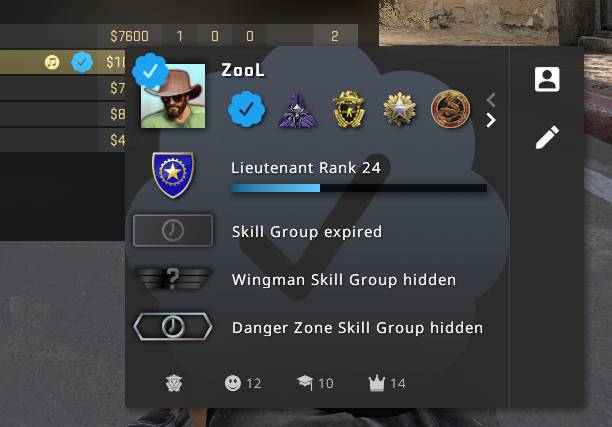 However, this has a lot of potential for development. Hopefully, Valve doesn’t find that it’s actually worth introducing such a fee. 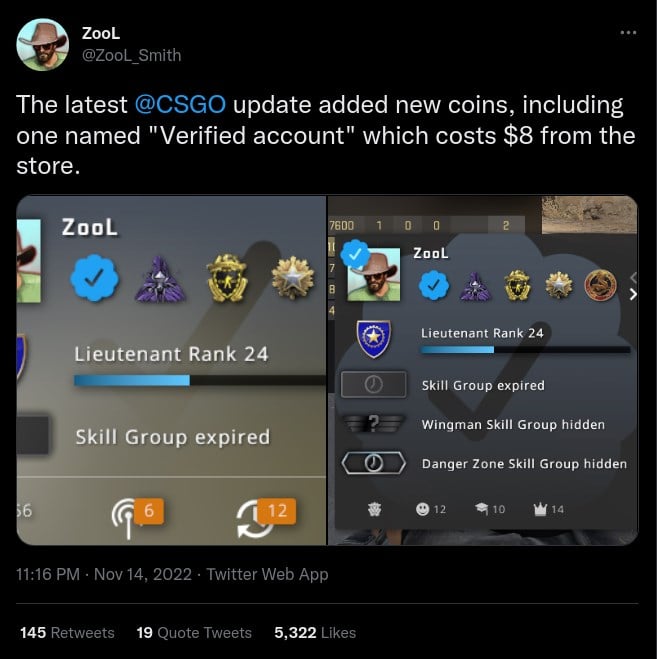 It would be interesting to see the possibility of verifying accounts, such as those of trusted or legitimate players, in CS:GO. However, it’s easy to imagine the chaos this would cause.