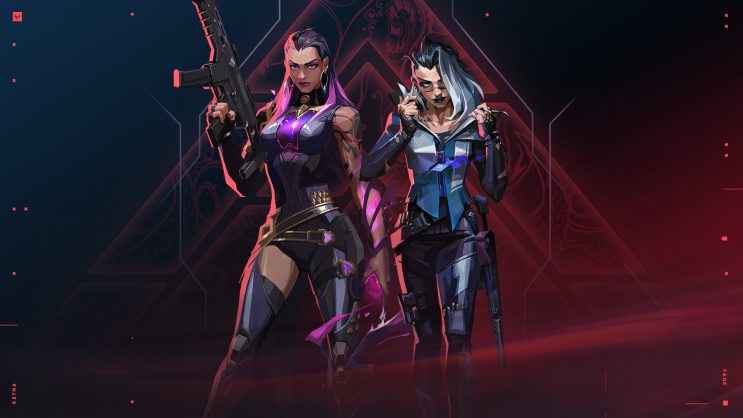 Fade is taking her toll on enemies! In addition, we’re taking a look at Jett, Neon, and Sova.

The Agent of your dreams is here, ready to turn them into nightmares. Patch 4.08 introduces the next Initiator Agent, Fade, to the roster, you get new tiers of exclusives in the Battlepass, and access to a skinline that pops.

You know about Jett, and now it’s time to learn about mix ups with Sova and Neon that should round out the last few months of impactful Agent balance. Competitive 5-stacks also get some love. 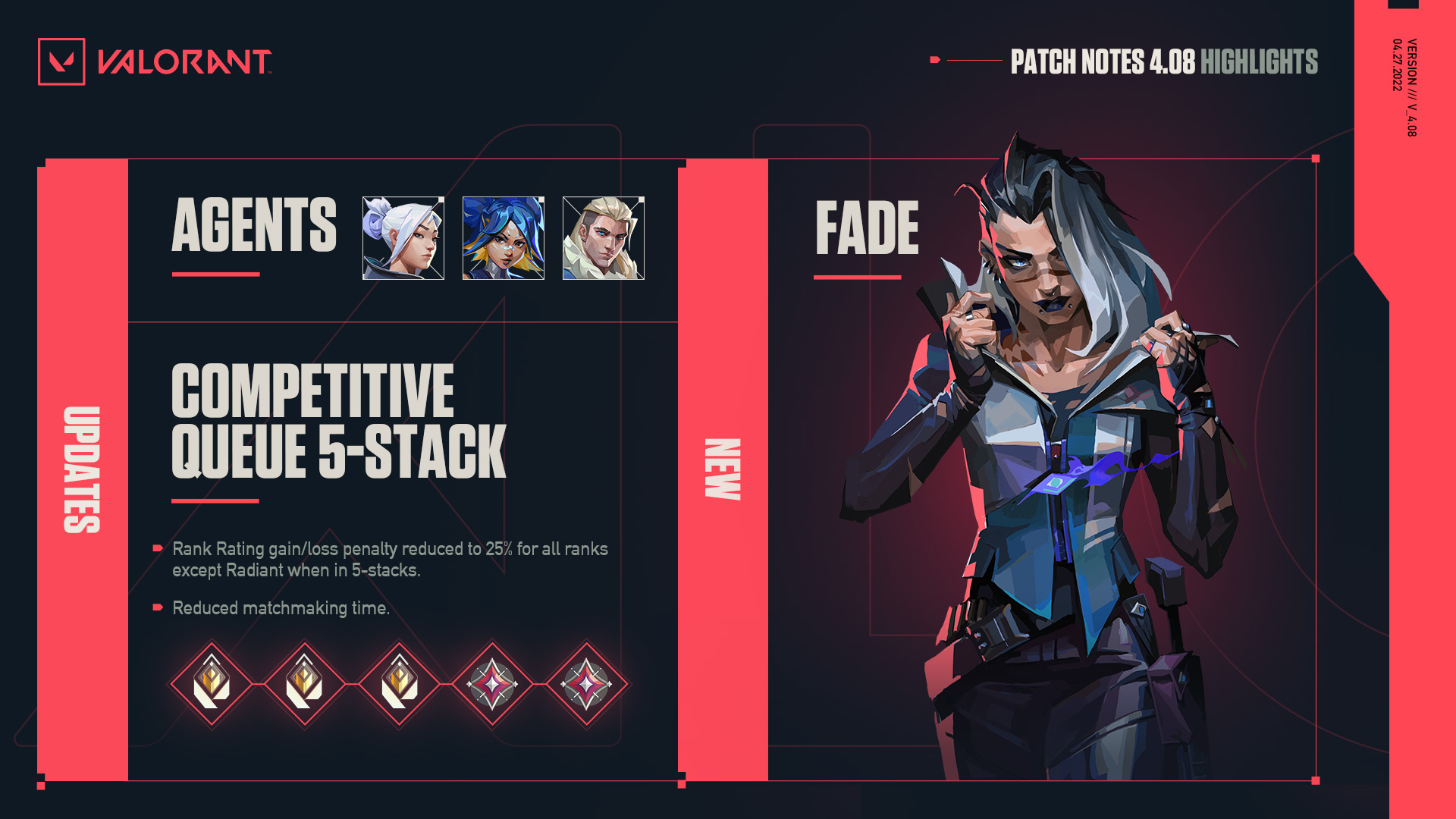 The team loves what Jett has continually brought to the fight, but as the game has evolved, some of her impacts have pushed beyond what we think is healthy for the tactical promise of VALORANT. Our update to Tailwind aims to address these concerns while maintaining the aggressive site takes and awe inspiring highlight plays Jett should bring to the roster. We expect this change to have ripple effects on the Agents around Jett and the ecosystem overall, so we’ll keep a close eye not only on Jett, but any cascading impacts on the entire roster.

We’ve been keeping an eye on Neon and wanted to make some quality of life changes to help remove some friction when playing as, or with, Neon.

At high-level ranked or pro play, Sova’s been a staple for quite some time. While his power has not been felt as viscerally as Jett’s, his impact in coordinated settings is nearly unmatched. We wanted to focus on addressing the amount of space that the Owl Drone practically guaranteed, and introduce additional counter play opportunities for opponents. A reduced Drone duration means Sova has to incur more risk in his positioning to clear deeper angles, and the adjustments to ping reveal (below) give opponents more opportunity to mix up their repositioning without feeling forced to completely exit the area. Shock Dart has also taken a hit as we continue to sharpen damage outputs on non-ultimate abilities, so that they kill less frequently