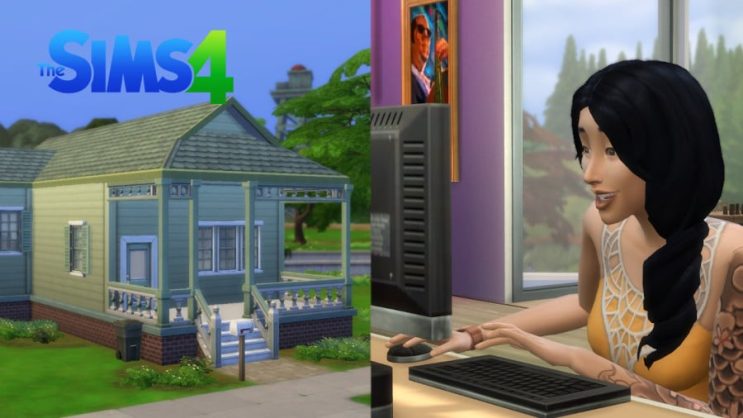 Everyone once started their adventure with building in The Sims 4. Some did better, others worse.

Players of The Sims 4 are mainly divided into two types:

Of course, these are such stereotypical terms, but in many cases, they fit perfectly. One player showed off his mom’s first build in The Sims 4.

READ MORE
What would the world map of The Sims 4 look like if all available cities from the game were combined?

Everyone started playing The Sims at some point in their lives. For some it was the first part, for others it was only the third, and for still others, it was The Sims 4 that was the first title in the series. Such was the case for the mom of one Simmer, who uploaded on Reddit the first build that his parent built. He himself reportedly burst into tears from laughter looking at some of the rooms.

Next to each photo, the author added his own commentary, showing how absurd his mom had built.

My mother is a beginner. I died laughing at the bathroom How can anyone even enjoy television from such a distance? Doors to the outside in each bedroom. “A bathroom I can play baseball in” 🎶 I had to teach her how to build a proper island.

There has already been quite a laugh in the comments, although many people appreciate the fact that in general the author’s mother likes to play games and tries her hand at them, even if she can’t. Many people were reminded of their own beginnings and first builds back in the glory days of previous parts of The Sims.

Others started laughing that EA should hire her right away.

Rather, all experienced players of The Sims 4 know how absurd houses can be built by the game’s developers. A perfect example would be all those Del Sol Valley villas from the Become a Star add-on, in which the size of the rooms very much resembles the author’s mom’s building (and those huge bathrooms that don’t even have a toilet). Nonetheless, practice makes perfect and the player’s parent will probably one day learn to build beautiful houses.