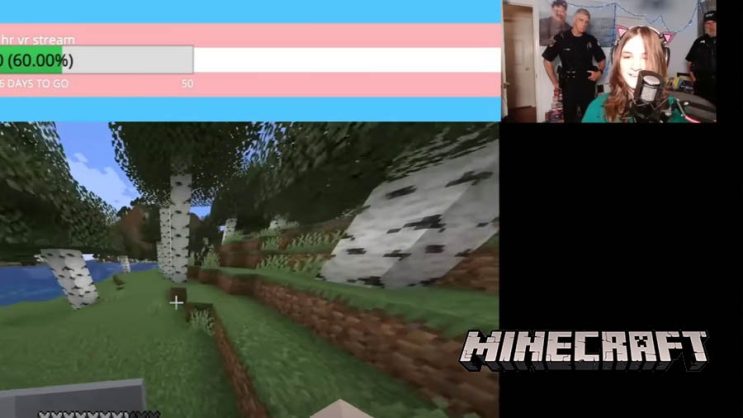 One of the people streaming on Twitch had a rather unusual situation with the police in the lead role. This one appeared in the apartment and just stood next to the streamer.

One of the trans women streaming on Twitch did not go to school due to the inability to use the “appropriate” toilet. As it turned out, the police were called to her. It was one of the strangest interventions on Twitch.

It is not unusual for the police to appear on TTV. During these few years, you could see the services on Twitch many times. They were called for all sorts of reasons, but it usually went through the same way.

READ MORE
Years later, it accidentally turned out that Pokimane, a popular streamer, uses filters all the time

The police were called to see a person who did not go to school on the grounds that she was not allowed to use the toilet for her. The police came in, stood next to her, and that’s about it. Then one of the officers asked, “Are you winning?” – the stream ended shortly after. 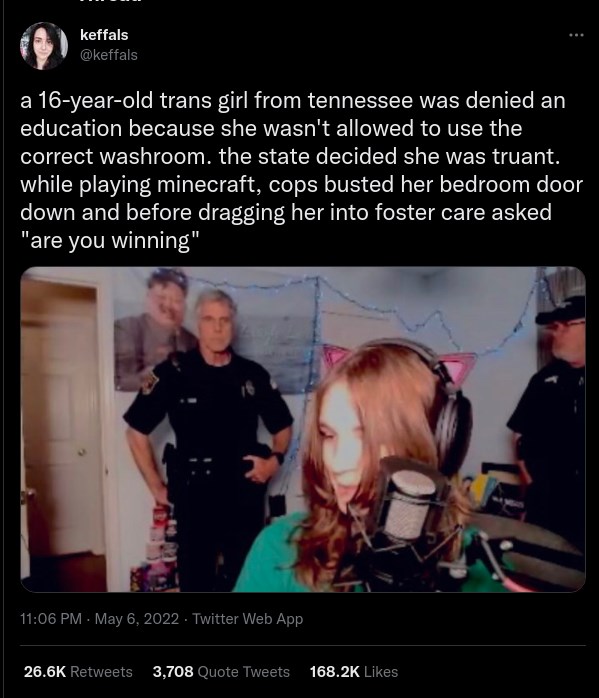 Usually, in these situations, the police take action. They ask to turn off the camera, and inform as to why they are in the apartment. Nothing like this happened here.

It’s hard to say how it resolved later because the streamer’s data is anonymous. All of this was communicated to a wider audience thanks to the channels on Youtube, but it is not clear what was the continuation.