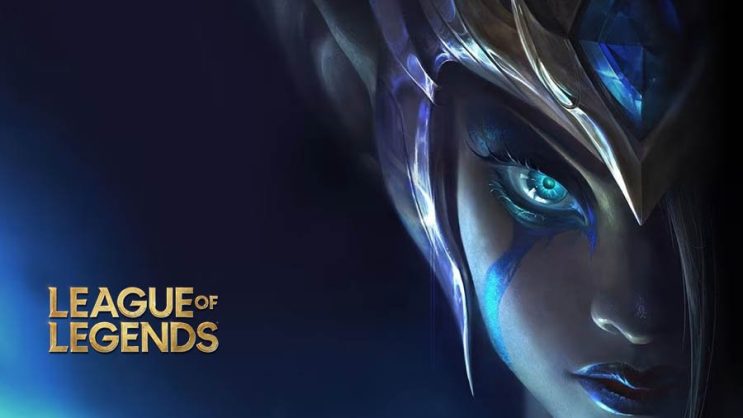 The players discussed the speed of getting through next ranks.

Every LoL player would like to have a higher division than the current one. While the majority is in Gold, practically everyone thinks they deserve at least Platinum or Diamond.

The problem is that reaching these divisions is sometimes unattainable for many. Why? Well, even with a 60% winrate, it takes 35 games on average to move to a higher division. And this is the most optimistic version anyway.

Playing for a whole month, if not longer

The average time of getting one full division, i.e. from Platinum 4 to Diamond 4, assuming that you have at least the 60% winrate in your matches, will take you about 140 games. It means that it is from 70 to even 100 hours.

If you get stuck, you can do it in a month, but usually people neither have this winrate, nor do they spend so many hours a month on LoL. This leads to the fact that it is very difficult to raise your rank just like that, as a Reddit user with the nickname “Byepolarpolarbear” writes about. 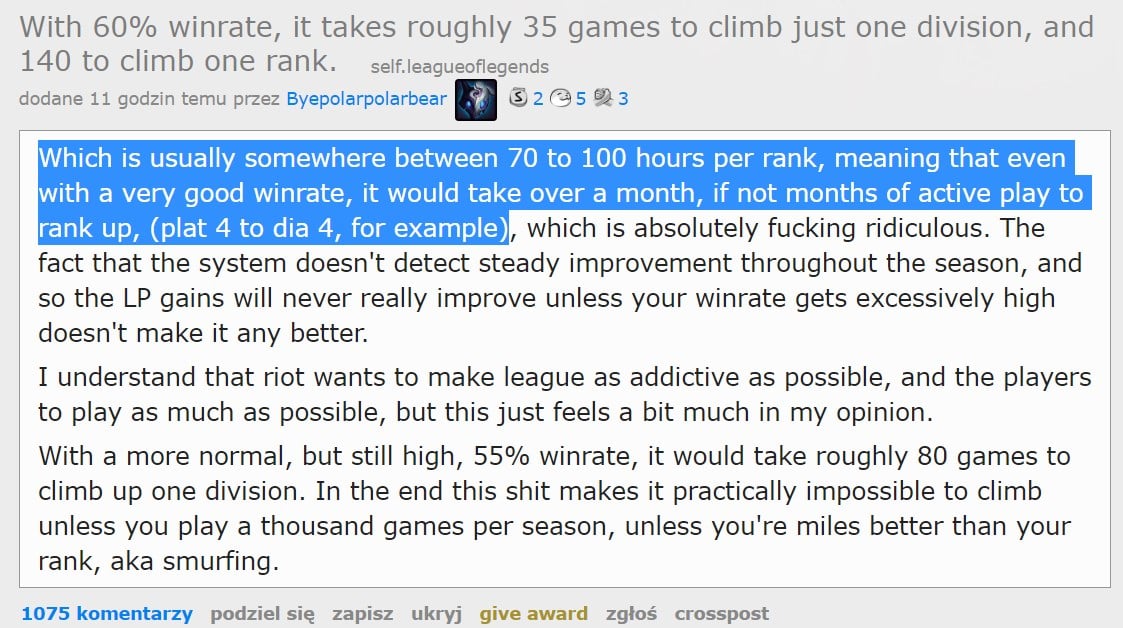 The players in the comments indicate that this promotion process should be faster. So that you do not have to try to break through Gold when a given person should have been in Diamond for several weeks.

Rather, however, there is no point in counting on any major changes. Riot is constantly working to make the rank system as fair as possible, but it has been going on for several years and it still raises a lot of controversy.