A large discussion has started in the LoL community about one of the programs that synchronizes information with other allies.

If you play LoL with absolutely no additional software, you may feel inferior in some way. Why? Currently, there is a fierce discussion in the League of Legends community about some of the features offered by programs created specifically for League.

Usually, there is nothing weird about them. Or at least not disturbing enough to somehow particularly worry players. Now, however, the community has highlighted something that better players are taking advantage of, and are therefore able to communicate with their allies outside of the chat.

READ MORE
Why will there be no update to LoL for a long time?

Is this too much?

One of the programs introduced the function of marking timers. It works in a simple way, if you see that someone used, for example, flash, mark it in a small box. Nothing amazing, because it can be tracked just as well on the phone or saved in chat. 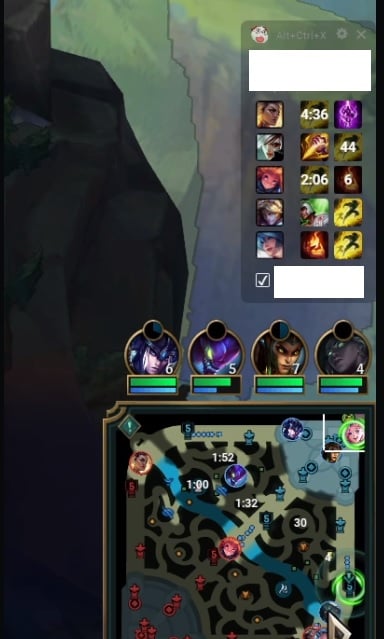 The problem here is the synchronization between players. If two people use the program in a match, both will see their timers. That is:

And it is this issue that raises the greatest doubts. There is already a thread on Reddit about this, which clearly divided the players. Some believe that there is nothing wrong with it, others say that it should be prohibited.

Those who are against this feature comment that this sort of thing should definitely be allowed, but only if everyone has automatic access to it – if it were officially implemented in LoL then everything would be okay.

It is not known whether Riot will make a decision here and whether this case will have any consequences or any sort of a continuation.