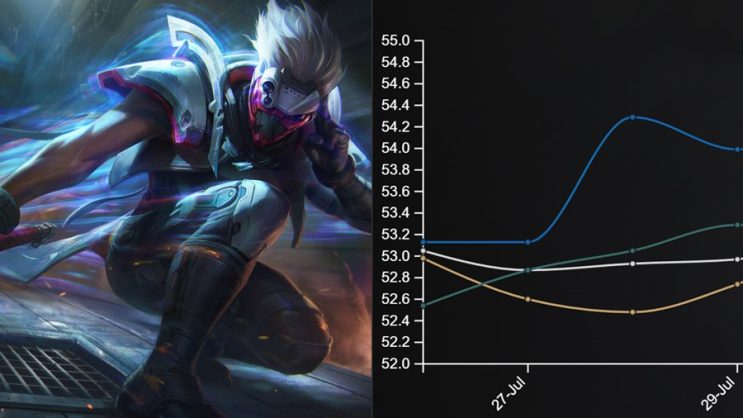 Two characters who have conquered high ranks in the current patch.

Almost a week ago, a new update hit the official League of Legends servers. Many characters have been balanced in it, and selected ones have been reworked. Some items have also changed.

Surprisingly, the two heroes may seem to have gotten out of hand and are currently wreaking havoc at high ranks. Of course, this is about none other than Master Yi and Draven.

READ MORE
LoL Patch 12.15 – It is already known who will get nerfed and buffed. Upcoming changes in the update

Wuju Master and the Glorious Executioner have both become a little phenomenon this patch. They are both not very strong in low divisions, but they dominate their opponents above platinum. Their winrate suddenly jumped by up to a few percent. For example, here is the current graph of Draven’s matches won over the course of the week: 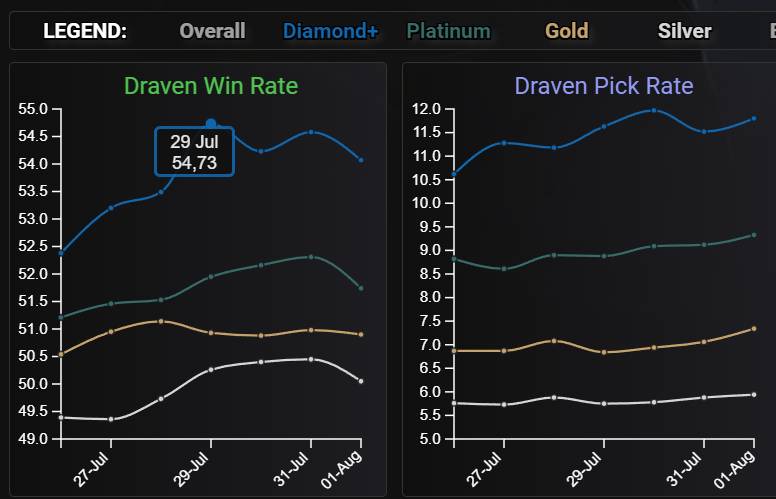 As you can see, he won almost 55% of matches in divisions above the diamond on July 29. Now it is “only” 54%. On the other hand, he wins about 51.5% of matches in platinum, and gold and silver seem to be best balanced. Same as Master Yi. With a small exception, because he’s strong in low ranks too, but not that much. 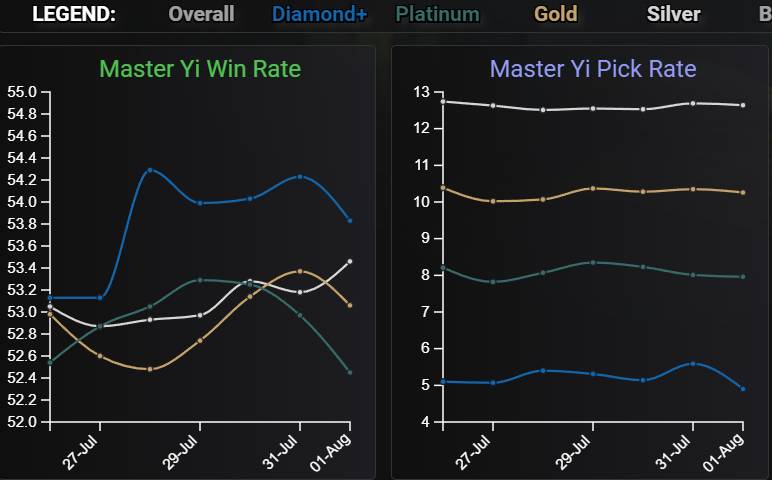 A hero created for low divisions scares players in high elo, which is such a strange phenomenon that even Twitter entries appeared about him. Some players wonder what the balance team looks like and what’s on their mind. 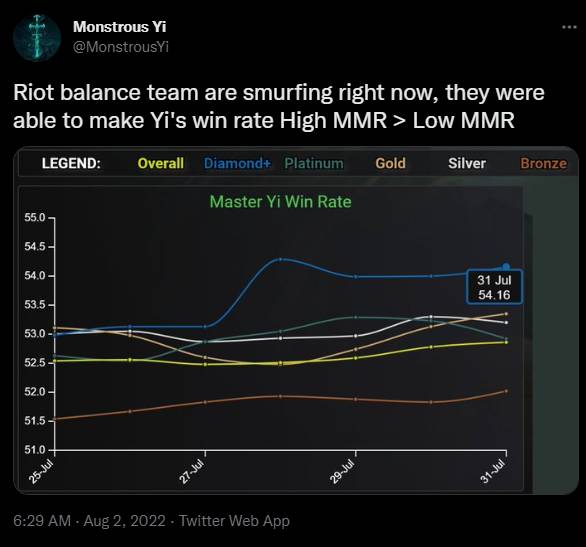 Will Riot do something about it? Tes and no, it turns out that although Master Yi will be nerfed in the first August update, the developers aren’t thinking about Draven yet. At least this is what you can read from the first plans shared by employees – CLICK.