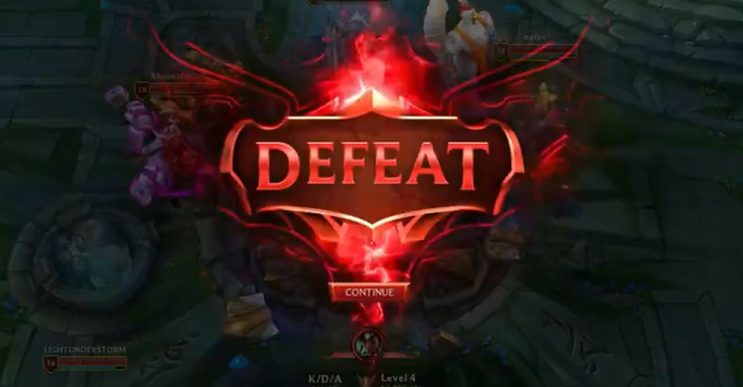 Riot has some rather strange issues that most players will never know about. Mostly because information about it is simply removed.

There are many different situations in LoL that most players don’t know about. In this particular case, largely because it happens at this highest level. Players simply give away their matches just so that someone else can gain.

This is called the “wintrading” phenomenon, where a player with a high division deliberately places himself and destroys the chances of winning – usually for an appropriate fee.

READ MORE
Riot will be removing inactive accounts from LoL and more. Everything you need to know about it

Riot asks how can they recognize such players

Tyler1 spoke more about the case. Streamer has shown Riot a simple way by showing footage of his matches. Tyler reported specific players who were supposed to be blatantly wintrading – an example of this can be seen from around 2:45:

Tyler comments that he will not be making a 10-minute video each time in which he accurately shows all the connections between players and their behavior in the game. Here, Riot was supposed to ask the streamer how he actually knows that the person is even involved in wintrading.

In any case, the post on this topic was efficiently removed by Reddit moderation. However, the reason was not given. 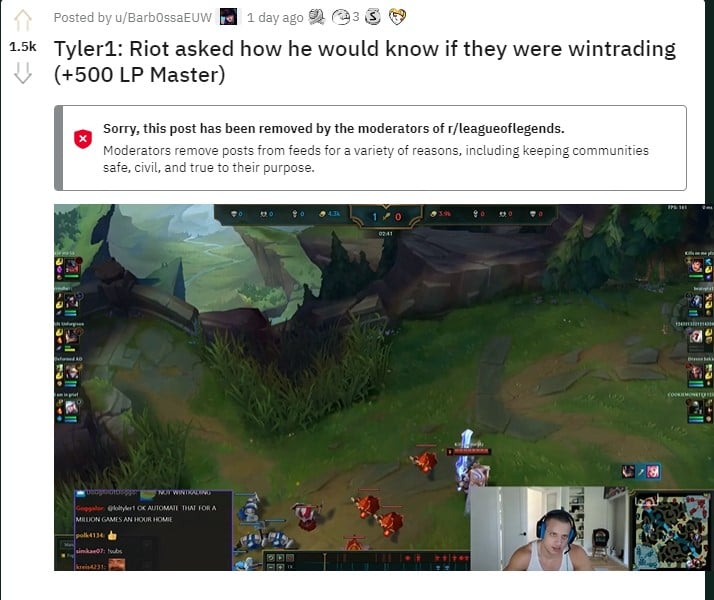 You can guess that it is about mentioning the nickname and the so-called “Witch hunting”, which Reddit doesn’t allow. On the other hand, there’s nothing wrong with the post, and it’s just a discussion of a problem that has been around for a long time in LoL.