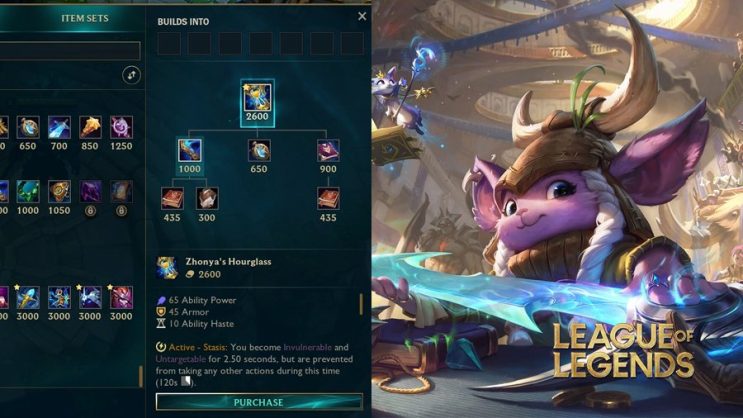 Many people do not know that in the game it is possible to quickly change items in the store.

Everyone likes curiosities. Especially those that are able to help to play. This time a little-known streamer came across one of them, and the clip quickly became very popular.

In it, he learned that he could use keys while sitting in a store to make building an item easier. In the comments, it turned out to be a mechanic that virtually no one knows about.

READ MORE
This duo on bot in LoL according to players should be banned. Why is it so annoying?

There are many items in League of Legends that can or even must be used with the keyboard. These include Zhonya’s Hourglass or Redemption. These keys, however, do not necessarily trigger an active effect but can help players, for example, in choosing the item they want to assemble. This was discovered by a streamer who is followed by… 18 people. The clip appeared on Reddit and quickly the “talking trivia dog” became viral.

You don’t need amazing skills to use it. It is enough to start clicking the keys responsible for the use of the item in the store. As you can see, a simple trick, and some people, despite much experience, still did not know it.

When was it added to the game? It hit the official servers in update 11.6, or March 7, 2021. This means that it has been in the League for more than a year and a half, and those who didn’t read the patch notes may have missed it.