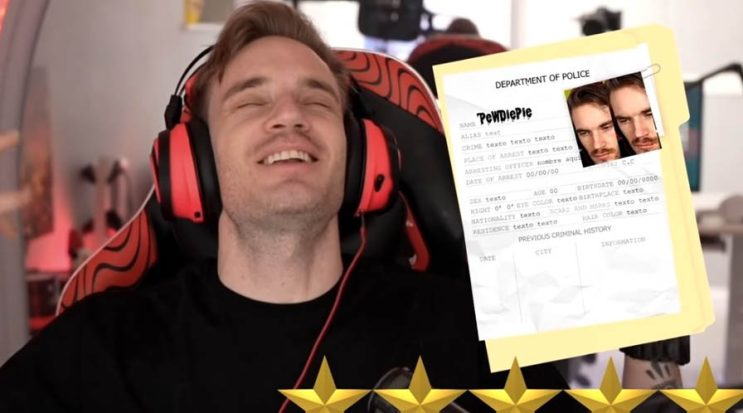 PewDiePie has been running a fairly entertaining series for a while where he buys all sorts of items on Wish.

All these cheap stuff platforms can really surprise with what they have. The quality of some products is surprisingly good, others simply terrible. Nobody, however, expected that a purchase would cause the police to appear.

And that’s exactly what happened with PewDiePie. Youtuber purchased more items on Wish as part of his series, and when they arrived, the police appeared to him with the package. Why? Youtuber bought something that is interpreted in England as a weapon.

What is better not to buy?

In most countries, this item is seen as a tool, and often colloquially referred to as an item that can replace fidget spinners – yes, we are talking about a butterfly knife. 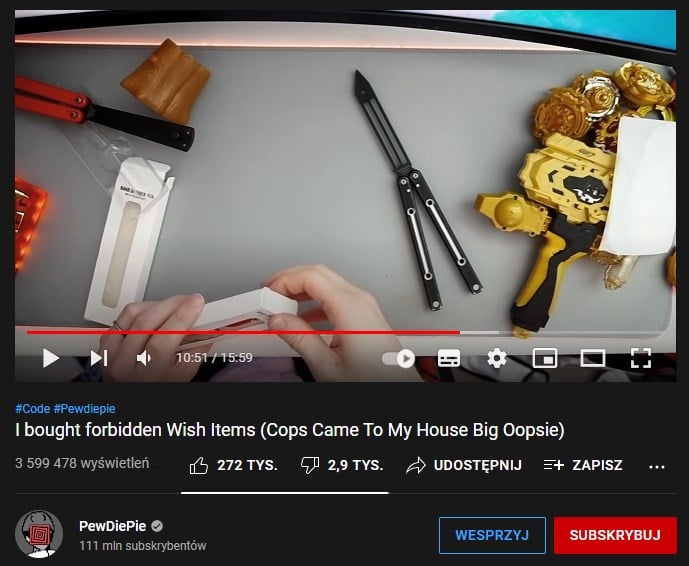 In Sweden, where YouTuber comes from, such a knife is seen as a tool. However, since PewDiePie lives in England at the moment, policemen appeared at his door – the regulations do not allow to keep such things there, because the object is considered a weapon.

I had a great idea to get a bali-song knife because I like them. They’re fun to play with. Well… Don’t do that. Do not buy the bali-song online. The cops came to my house and they told me I was bad and I shouldn’t have done that. So I’m sorry.

PewDiePie did not have any serious consequences. In fact, however, his data was recorded in the police database.