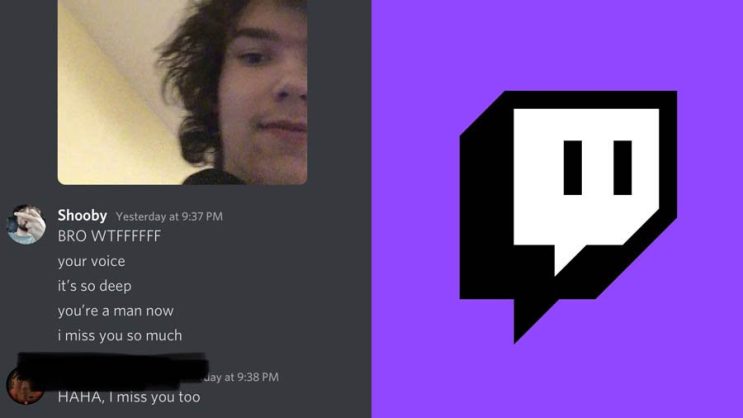 Two brothers found each other after 8 years of separation. The story immediately became popular and it is hardly surprising.

The streamer known as “Shooby” shared a very interesting story with the world that brought the two brothers back together. Details are missing here, but it is known that the two brothers got separated 8 years ago. It is not known why, but they had no way of finding themselves.

Fate wanted “Shooby” to start his adventure with streaming. His brother, with whom he had no contact for 8 years, appeared on his broadcast. 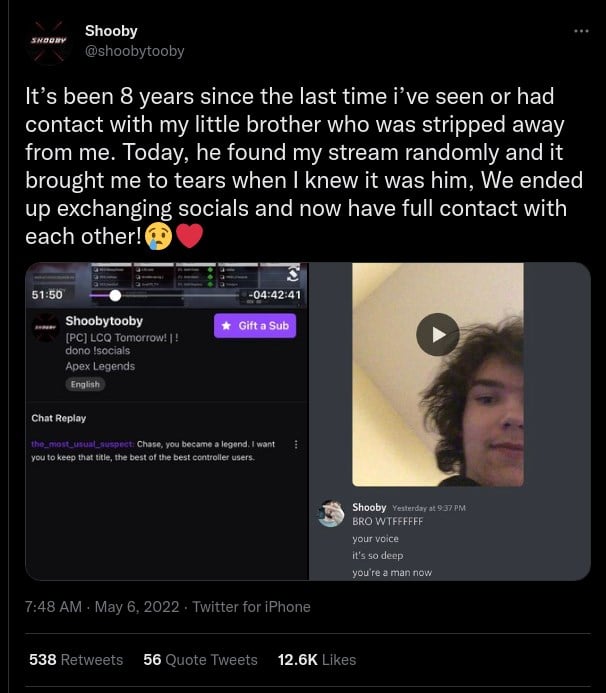 READ MORE
Twitch streamer got a donation on the street during IRL broadcast. Quite an unusual “gift”

Found each other after 8 years

Little is known about the situation, but as we read in the explanations: 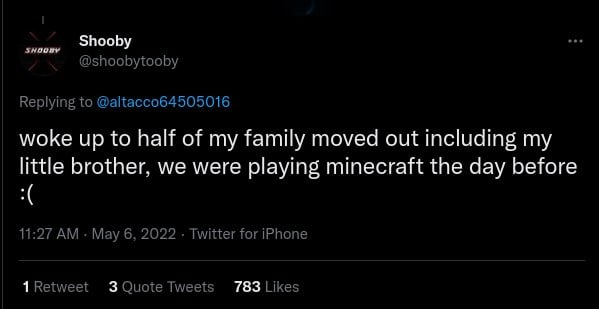 So it was most likely the decision of the parents who decided that it would be easier. The brothers found each other on Twitch by accident and now they have full contact.

And while some viewers suspect that it may be set, there is no evidence of it. Apparently, the streamer has talked about this situation several times before and how much he wanted to find his brother.