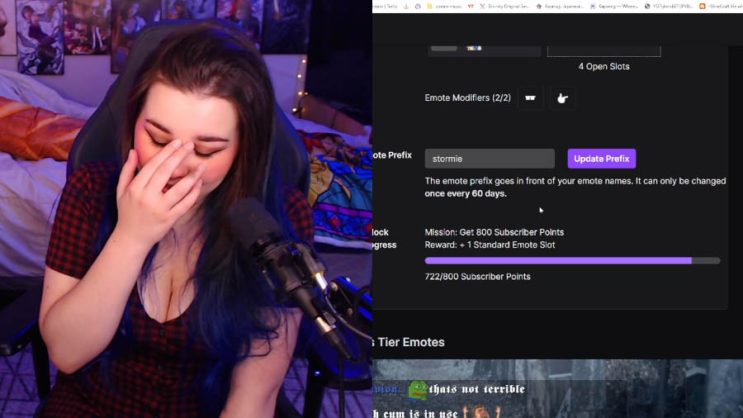 Twitch is known for many things. Among other things, its quite strong word filters.

On Twitch, you can’t just say a lot of things, but also write. TTV is effective at blocking many words that are not passed through the platform’s filters. One of the streamers who decided to set her tag was convinced that Twitch would block one of her viewers’ stupid ideas.

The tag can be changed once every 60 days. This is the word that appears before each streamer emote. In short, it is quite an important channel element.

READ MORE
LoL is the most watched game on Twitch in July. Valorant and GTA 5 were also on the podium

The streamer decided to check the viewers’ idea to set the name “c*m” there. To her surprise, Twitch not only did not block this option, but completely passed the name as normal, and the changes were saved.

The streamer did it as a joke and immediately began to regret it. Then she said that she was afraid of being banned.

Now the question is how Twitch will approach it. The tag may violate the regulations, but it is not stated that its use must result in a ban.