Is the regional creature feature in Pokemon GO liked by the community?

Currently, there are a lot of different types of Pokemon in Pokemon GO in many regions and generations. Some of them can be caught daily as they appear in random places in the world all the time. There are also event Pokémon or those that spawn as part of specific events or seasons.

In the Pokemon GO community, it is said that the most difficult to obtain are regional specimens that are assigned to specific places in the world – to catch them, you have to physically go to a given country.

The list of species assigned to certain regions around the globe is constantly growing, and players’ opinions on this topic are strongly divided. Should Niantic add more country-only creatures? Or maybe the developers should remove this feature altogether?

READ MORE
The first August box in Pokemon GO. What will the players find inside? Until when can you redeem it?

One of the Pokemon GO players raised the topic of regional creatures, i.e. those that, apart from events, appear only in specific places in the world. This is to make them unique and “exotic” in their own way, but also in theory can motivate the community to travel around the world. As you know, Pokemon GO is a game that encouraged people to leave home and visit new places not only in their immediate vicinity but also much further – in other cities or even countries.

The player who started the discussion attached to it graphics depicting some of the regional creatures from the game along with their place of occurrence. It is worth noting that this is not a complete list of regional Pokemon. 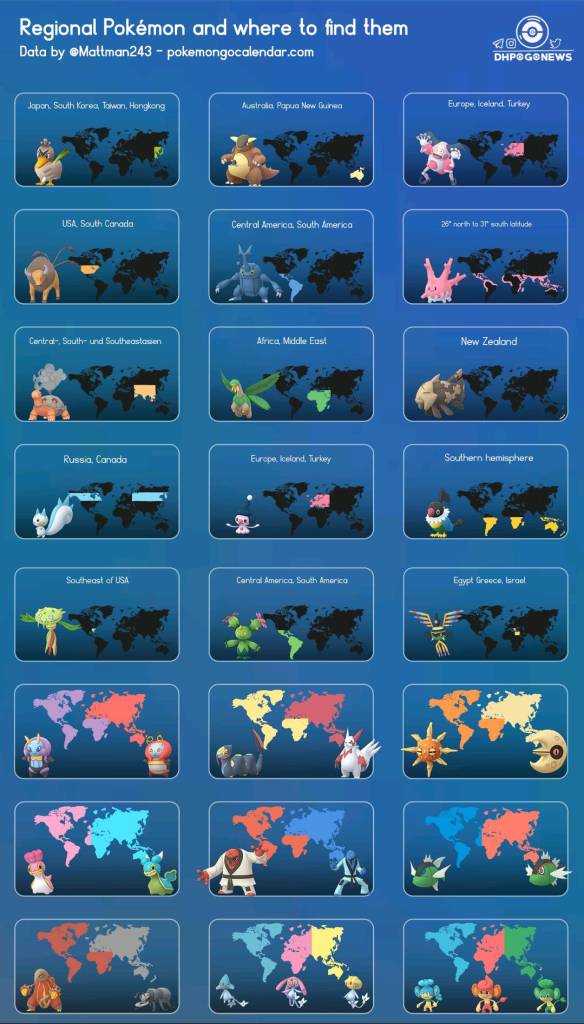 There were a lot of replies in the comments in which players mentioned their favorite regional creatures:

Corsola is my favorite Pokemon.

I love Heracross and Mr. Mime.

However, there were many critical opinions about the very idea of Pokemon, which are only found in specific places in the world.

Let me put it straight – I hate the regional function. Sure, it’s a cool concept overall, but we’re not in the Pokemon world. We don’t go on adventures for years just to catch a specific species.

The probability that I will ever travel to some of these countries to catch a unique creature is very, very small.

Yes, sometimes there are events where you can get regional genres, but this is only to slow down Pokedex completion and draw money from players for event tickets.