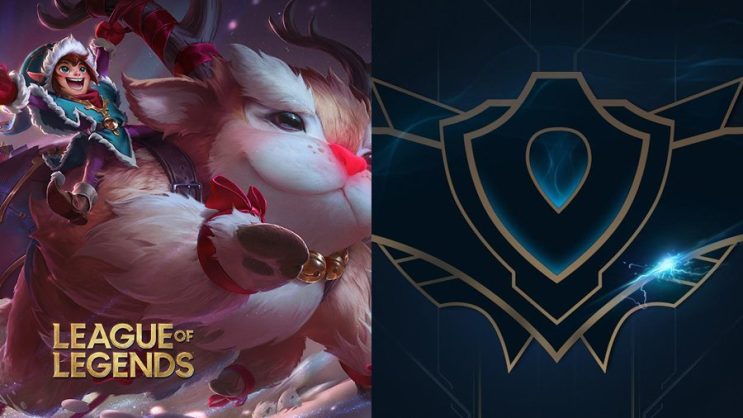 Players who start rankeds later have to face toxic smurfs.

In League of Legends, there has been a mechanic for several years that selects players for ranked matches not only on the basis of rank but also MMR. If someone has just reached the 30th level and dominates the games, he will almost immediately go to “SmurfQ” with other such people.

This is to protect casual players playing at their level and thus eliminate smurfs from their games. Unfortunately, the system has a small issue that is not liked by the community.

“It’s impossible to play because of SmurfQ”

Virtually every game with a ranking system has to deal with the phenomenon of smurfing. Players with a higher skill level create new accounts to dominate matches against definitely weaker opponents. Riot Games found a way to separate them from the ordinary people playing games of their level. This is how SmurfQ was created, where several smurfs are selected in one game.

However, this is not a perfect solution. As potential smurfs, the system also detects diamond (and even platinum or gold) accounts that have not been ranked for several months after the start of the season. This raises a lot of problems. A few of them are described by the Zohan4K redditor:

Get matched every game with lvl 30 accounts in the hands of the most toxic, self entitled human beings you can find on this planet. The game quality is so f****** low, every single one ends up with multiple people flaming/inting/afking before minute 10.

The author of the post claims that after one such game, he simply does not feel well mentally and closes the game without returning to it for the next 2/3 days. In addition, he adds that he hates and disgusts such people.

The worst is that I’ll now have to go through this 50+ times at the very least and I’m seriously considering never playing a ranked from this moment to my death bed.

He’s not the only one with this problem. Similar situations are described in the comments..

Another Redditor posted some typical and recurring statements he heard from the “smurfs”.

The commentator claims that such situations happened in 80% of his SmurfQ games before he left it. Players on new accounts do not care about winning, they leave games, inting, insult, and do not care that they will get banned. New account trading is a big deal in League of Legends, and Riot can’t prevent it, and that’s what causes these problems. However, the community is hoping that the two queues will be separated and that they won’t have to play with the toxic smurfs.