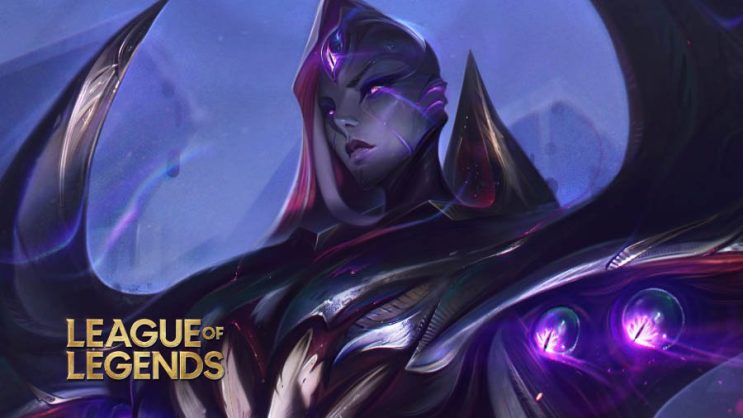 There is no longer any doubt. The leaks that we have been publishing for several months have been confirmed.

Officially, Riot has unveiled a new character – Bel’Veth. So far, there are no skills yet, but there have also been a few different leaks about them. So far, there is the appearance and the plot. 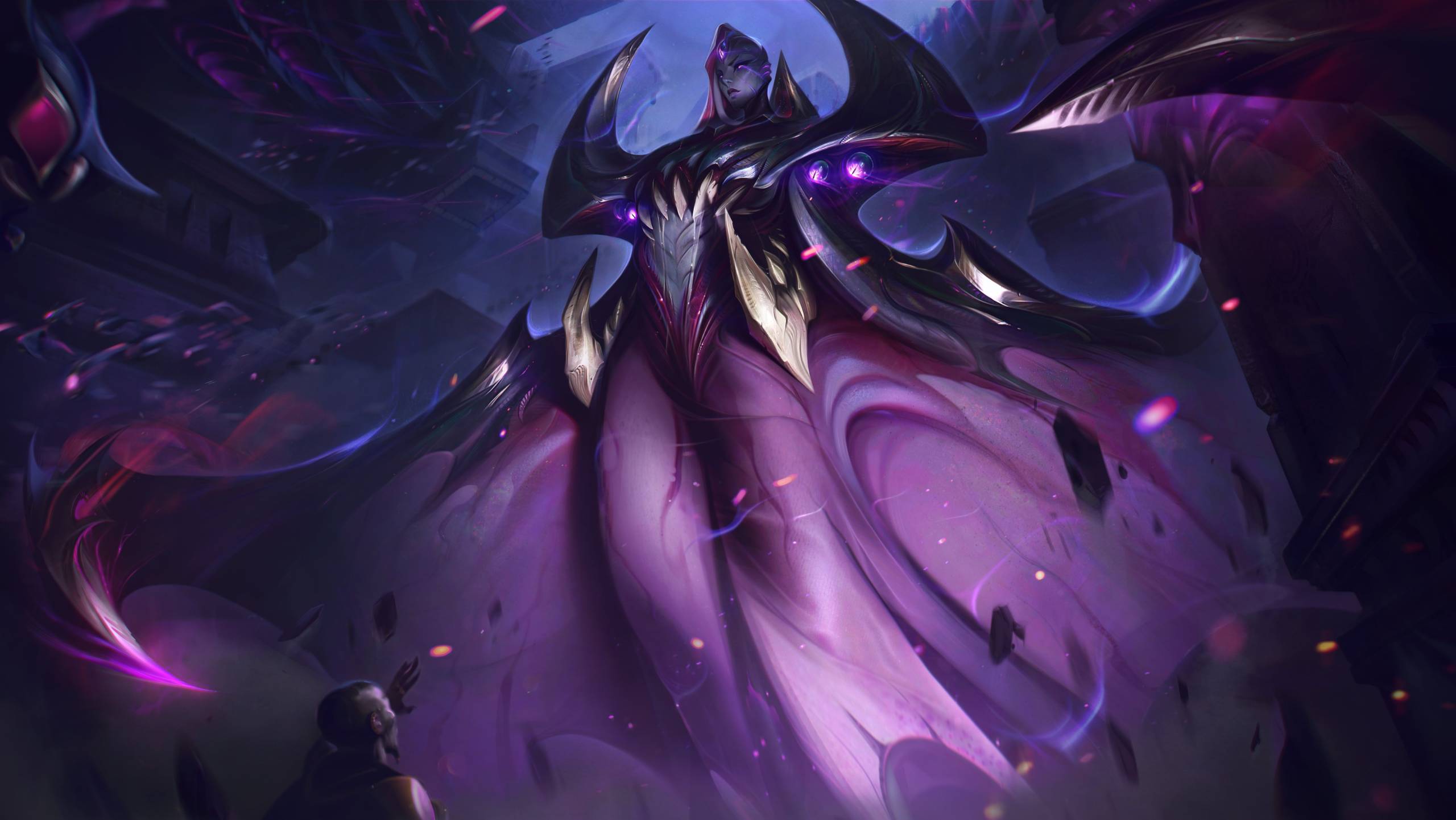 You can see that Riot is adding everything else, because it looks quite empty on the official website: 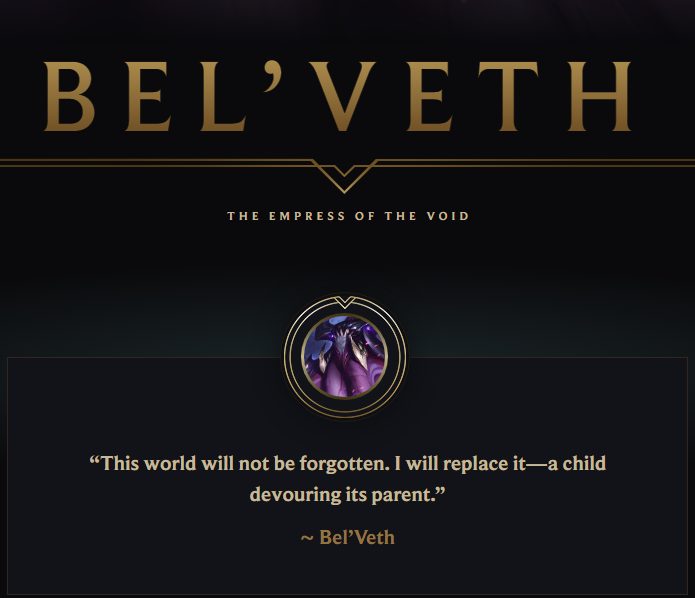 The full storyline has been added:

Fascinated by the world of existence and eager to create one for herself, Bel’Veth is like a dark cancer that has metastasized within the heart of the Void, through which all of Runeterra will be consumed and rebuilt in her own twisted image. She hungers for new experiences, memories, and concepts in vast amounts, devouring whole cities and their populations before repurposing the information into a sprawling alien landscape known as the Lavender Sea. Yet even the Void is not safe from her voracity as she spreads within it like a primordial ocean, forcing all before her to submit to her world of want… or be destroyed.

Though Bel’Veth is new to Runterra, her birth is untold millennia in the making—the end result of an allergic reaction between the Void and a nascent reality. The once-pristine dimension of peaceful nothingness was irrevocably shattered when existence came into being, and forcefully individualized Void entities lashed out for eons in an attempt to defend themselves from the shock and pain. Erasing everything they consumed, they were named by virtue of what they left behind—a void. But the beings within were changed each time they touched the world, mutating from their once-perfect forms into hedonistic, violent animals.

So too did the Void change with them. After every battle, every incursion, something more sinister grew deep within a hidden womb inside the darkest recesses of the Voidborn tunnels… Buildings, sunlight, proto-humanoid limbs reaching toward nothing… A jigsaw puzzle where none of the pieces fit… The Void had taken a new, hideous shape. In time, fueled both by humans opening rifts for war and the Watchers attempting to invade the Freljord, this blasphemous pocket of un-creation grew to embrace the opposites of the Old Void: desire, want, and need.

Soon enough, it craved a leader. Someone—or something—who could write a horrific new chapter in the worlds above and below. A leader who could interface with these “humans,” tell them of what was to come, and harvest their emotions and memories as they fought a bitter, fruitless war until the last fires of civilization died and a new era spawned.

This leader is Bel’Veth. A terrifying empress born from the combined memories, experiences, and emotions of an entire devoured port city and its outlying ocean—Bel’Veth’s mind contains millions of years of perfectly preserved knowledge, giving her near-omniscience as she prepares to destroy both Runeterra and the domain of her progenitors, the Watchers.

To those lucky enough to be of strategic value to her, she does not lie, ask questions, nor obfuscate the truth—she simply states the nature of things, for with victory all but assured thanks to the very nature of the Void itself, there is no need to say anything more. And to those who displease her, they will find her human form to be merely adaptational—nerve endings, muscles, and eyestalks—as she unfurls her titanic wings to reveal her true, monstrous figure.

Ironically, the ancient Shurimans had a word for such a concept. Loosely translated to “God of Oblivion,” it was a tribal myth of a remorseless deity who would erase all things without hatred, replacing them with itself. They named the city of Belveth after it, though the true meaning was lost after many hundreds of years.

Lost to all, perhaps, save for the creature that city has become.

Skills will be revealed soon. We will certainly be vigilant and look for it.