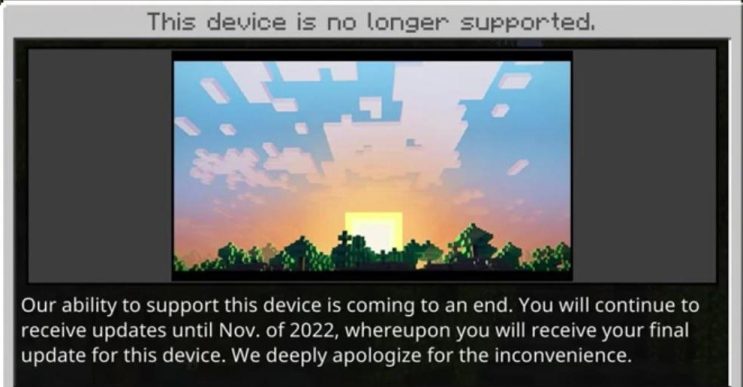 Minecraft, due to the growing number of functions, officially sends players information that their devices will no longer be supported.

Microsoft announced some time ago that it will have to raise Minecraft’s requirements to be able to provide a reasonable level of gameplay. Unfortunately, there was no specifics at the time and people did not know what to expect.

Now comes the first hint. Some players saw information yesterday that their devices will no longer be supported. The action of raising the requirements is expected to start in November 2022.

Who will be affected by this?

Fortunately, the first news is very positive. First of all, Minecraft will start with the mobile version. Not much, but you can see that Microsoft will not go crazy. 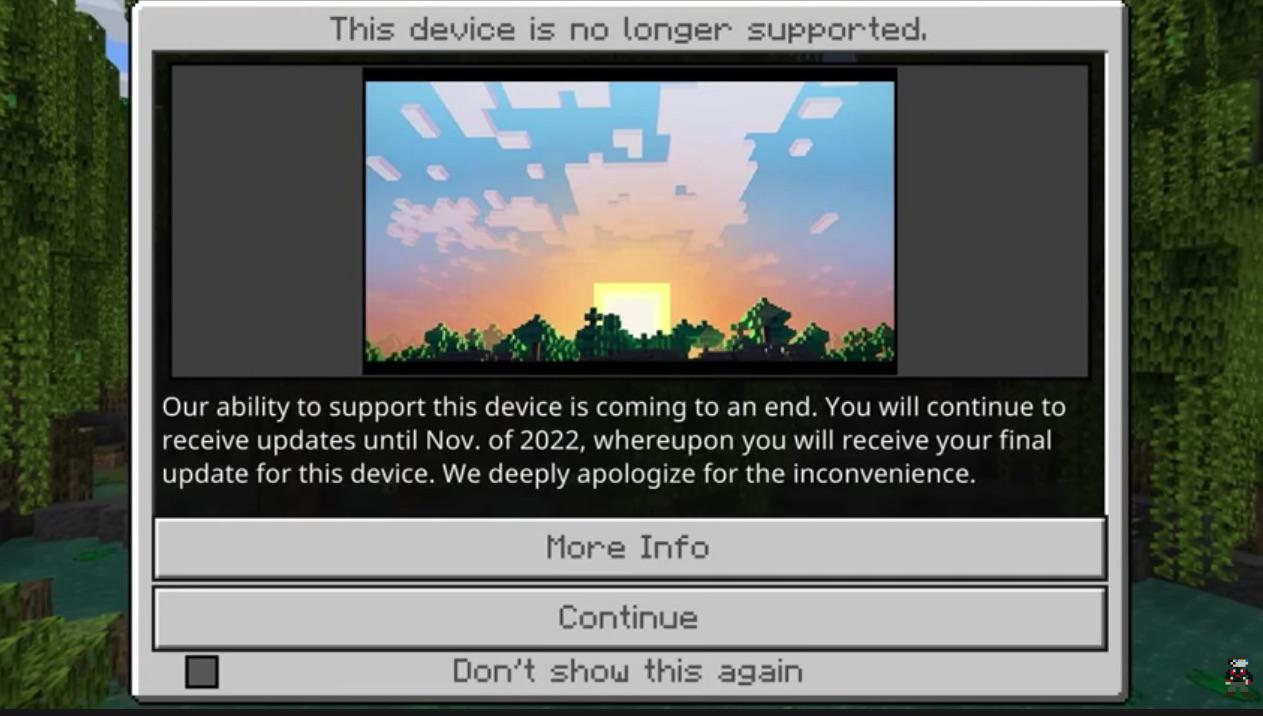 We learn from the news that support will end in November 2022. From this month on, players on specific devices will no longer receive updates. What devices are we talking about? Rather, it applies to a small number of people, because, as you can read in the description, Microsoft is talking about mobile devices that have less than 1 GB of RAM. 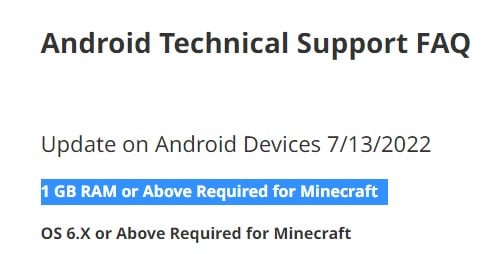 The next in line are computers, but 1GB of RAM is actually a total standard in that regard.