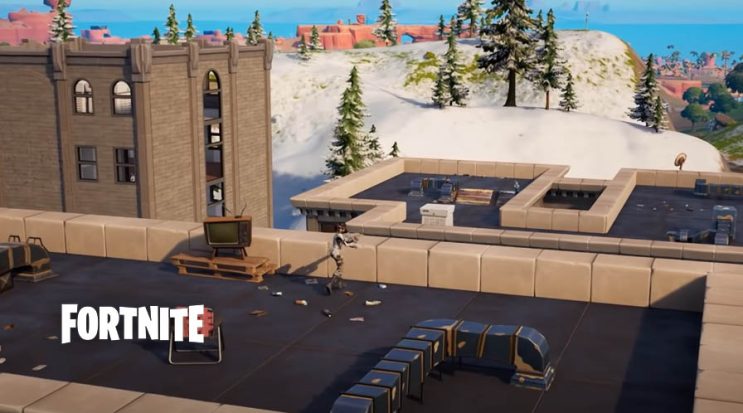 Yesterday in Fortnite there was an unusual situation. One of the weapons was restored for a while.

It’s clear that Epic is going to want to mess with the cauldron of weapons. We already know of at least a few new guns and a few possible returns. Interestingly, Epic turned on a long-retired weapon for a while, probably for a few hours.

And this is a weapon that has been in the game from Season 1. It was originally added in Update 1.6. This one, however, was withdrawn some time ago.

READ MORE
Epic had to drop this Fortnite emote because the singer was sentenced to jail?

Such a return could mean Epic will be adding the revolver to the overall item pool. Of course, this is nothing certain, but the weapon found its way directly into the game for a reason. 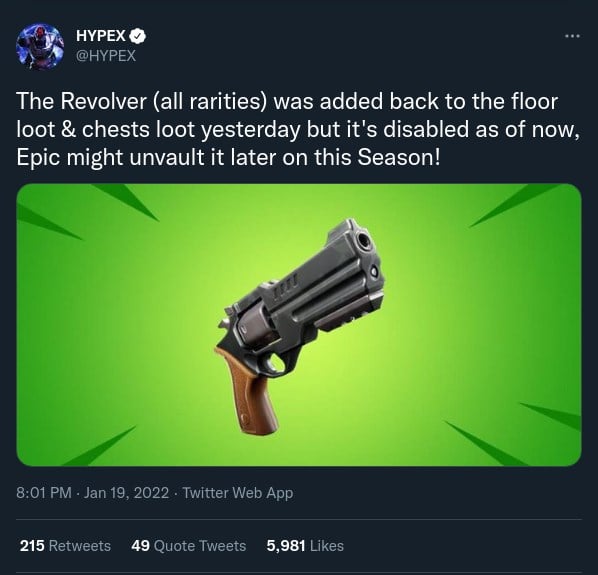 Its return is not and has not been a big surprise. The weapon was further updated in patch 19.10.

All you have to do now is wait for the weapon to turn on again.