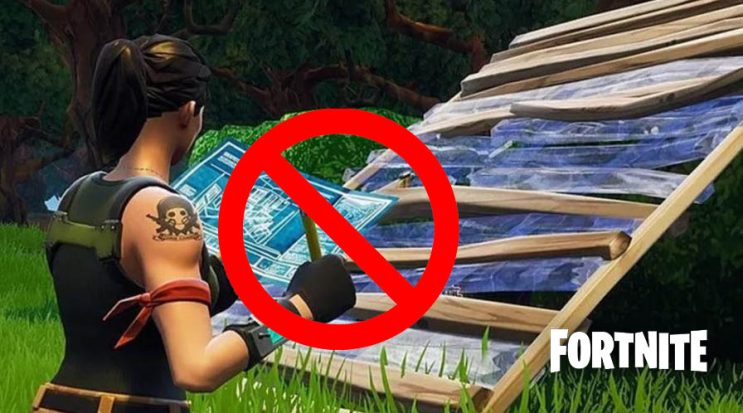 Fortnite’s most popular leaker HYPEX confirms that Epic is still working on a no-build mode.

Building is one of the things that has always and will continue to divide the Fortnite community. Some people love building fights, others hate them genuinely and would prefer this element to be removed from the game entirely.

For such people, of course, there are community-created modes, but as HYPEX writes, the developers still want to release the “No Builds” mode, in which building will be impossible. 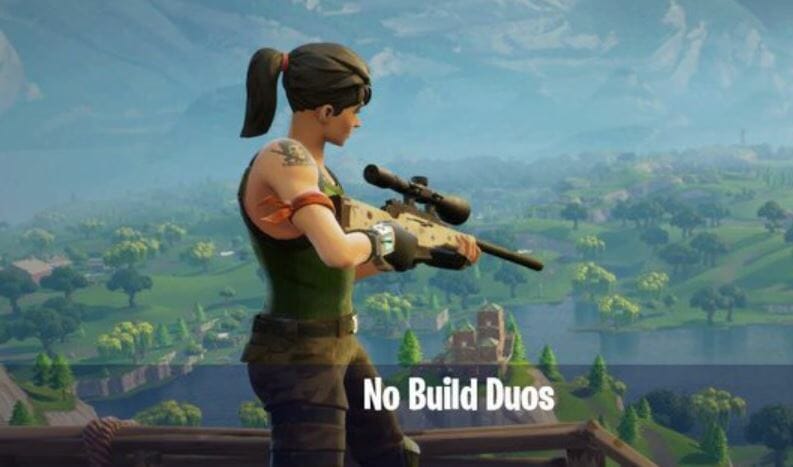 READ MORE
Epic restored one of the popular weapons yesterday after a few seasons, but it was withdrawn after a while

No building or gathering resources

There will still be an option to destroy trees or buildings, but players won’t be able to harvest materials from them. The only question is what Epic is waiting for. Turning off building isn’t hard, at least in theory. 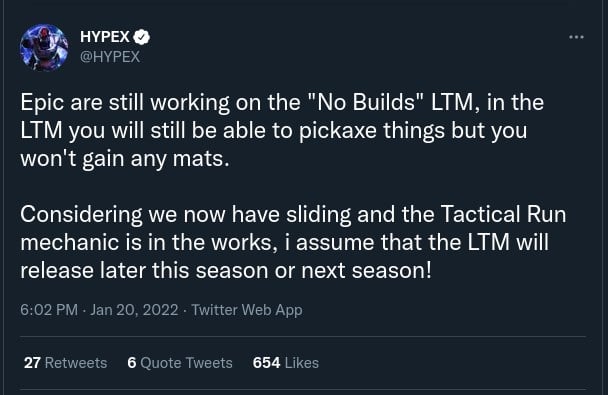 According to HYPEX, the mode could come either later this season or in the next one. However, it is not really known when Epic will decide to take this step. It can be suspected, however, that this may be one of the most popular, if not the most popular mode in Fortnite history.