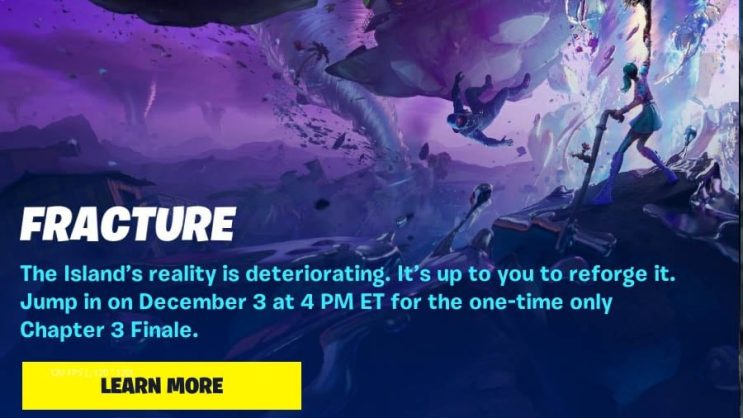 Donald Mustard has changed his location again, which has prompted further speculation from Fortnite players.

The closer we get to the event, the more of this type of information there will be. This time it’s about location, something standard for Donald Mustard. He changes his location before probably all major events in the Fortnite world.

This time its location points to another very specific reality, numbered 153. What does this mean and what to expect from it?

For now, relatively little is known about it. According to the most popular leakers, this may be about reality, to which at least Jones for Geno has moved. 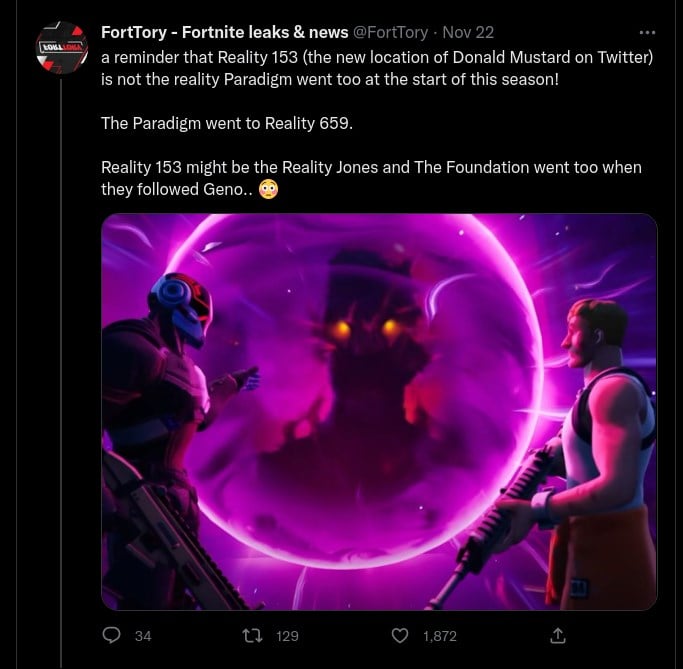 According to unconfirmed predictions, the event itself including cutscenes may last about 20 minutes. After that, players will be thrown into a special gameplay mode, where they will spend another 20 minutes.