There are a lot of skins in Fortnite, and players can literally dress up a different skin every day for several years. The only limitation is the money you have to spend on cosmetic items.

There are skins in Fortnite whose popularity is due to sometimes really strange things. Into this pool, you can safely include skins that are generally bought because of an exposed one of the body parts.

It is not a body part that is somehow “forbidden” or associated with adult content, but as you can see – it was enough. Even on Reddit, there are discussions about it.

READ MORE
Many people were quite surprise by this Fortnite skin. They were convinced that it was…

Why is this skin popular?

It’s hard to say why people treat this as a popular skin. Maybe on servers outside the EU, you see it much more often. The skin in question is: 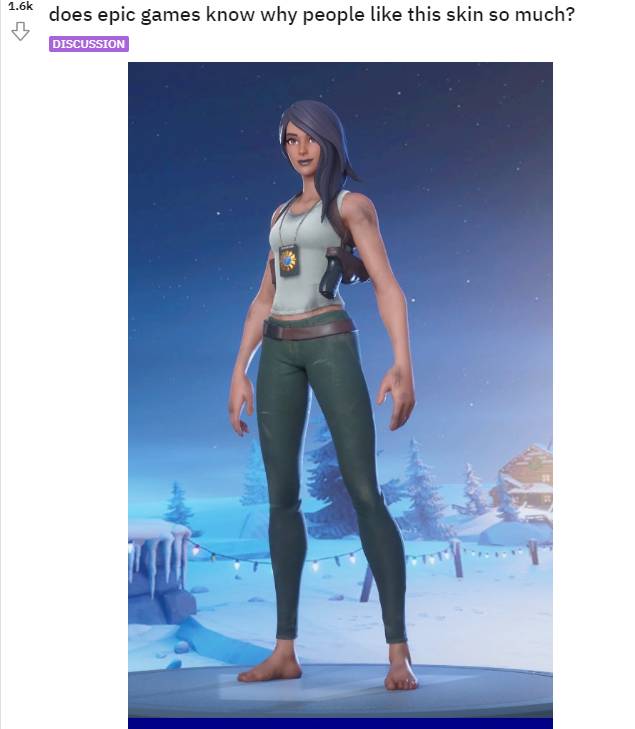 The answer given by Reddit users points to… feet. This is also the message with which this post on Reddit was created in the first place. Although there are also quite a few people saying that the skin owes its popularity to the impression of a female version of John McClane, there may be something in that as well.